Out of 13 resignations, 8 are not according to law, says Karnataka Assembly Speaker Ramesh Kumar

Karnataka Assembly Speaker KR Ramesh Kumar also said that Governor Vala has also written a letter to him confirming that Independent MLA Nagesh has quit as the Minister in Chief Minister Kumaraswamy cabinet. 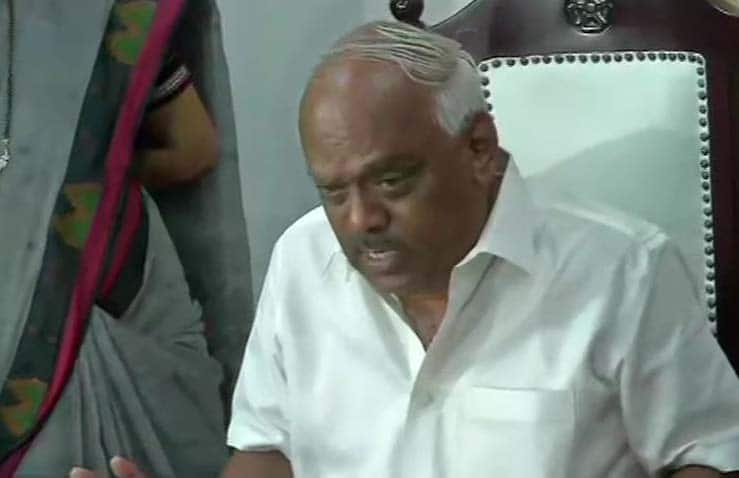 Karnataka Assembly Speaker KR Ramesh Kumar on Tuesday wrote a letter to Governor Vajubhai Vala that none of the rebel MLAs have met him so far. According to Karnataka Assembly Speaker, out of 13 resignations, 8 are not according to law and he has given time to all 13 MLAs to meet him personally. Speaker Kumar said that the governor has assured him that he will uphold constitutional norms.

Kumar also said that Governor Vala has also written a letter to him confirming that Independent MLA Nagesh has quit as the Minister in Chief Minister Kumaraswamy cabinet. Kumar, however, said that he cannot do anything about ministers and it is surprising that Governor Vala has written to him about Nagesh's resignation. The speaker said that it is left for the Independent MLAs to decide who they will back on the floor of the house. Kumar said that according to Congress, second Independent MLA in Karnataka Assembly, Shankar has merged his party with Congress and if the merger was done as per rules, there is no issue.

Meanwhile, the uncertainty over the fate of Congress-JD(S) coalition government continued on Tuesday as twelve Congress MLAs skipped the  Legislative Party meet, sending a message that the worse is yet to come. On the other hand, the 15 rebel MLAs from both Congress and JDS remained untraceable with sources suggesting that they are staying somewhere near Pune and are likely to return to Bengaluru on Tuesday evening.

Baig, who was suspended for anti-party activities few weeks ago, submitted his resignation to the Speaker on Tuesday. “I have voluntarily given resignation to Speaker. Congress is questioning me repeatedly. I have already explained myself to them and can’t do it again. They are furious because I have spoken the truth. They have suspended me. Hence now I’m going to submit my resignation to speakers office," said Baig.