Delhi's IGI airport authorities had earlier warned that flight departures may be impacted if visibility dropped below 125 meters. 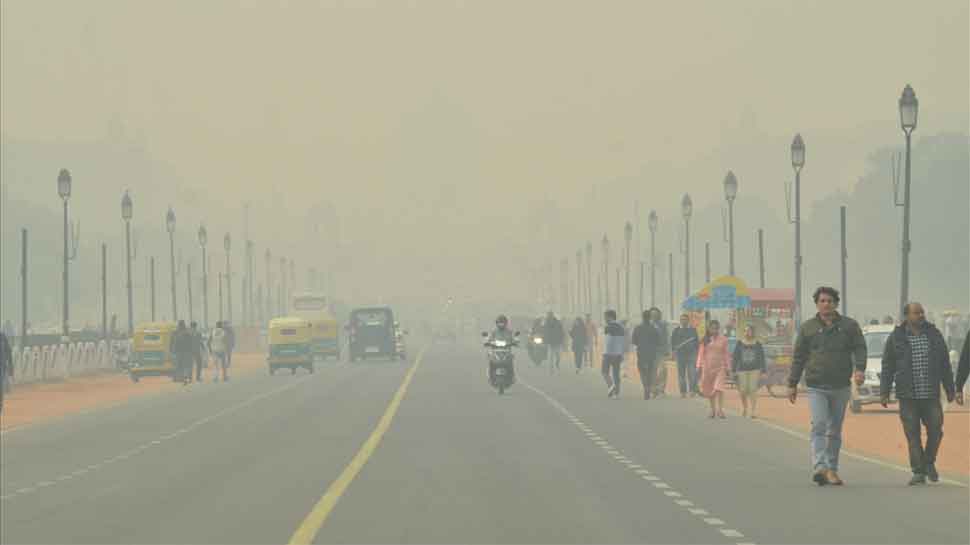 New Delhi: The thick blanket of fog resulting in poor visibility in the winter-battered north India has affected the operation of over 500 flights, Delhi airport website said on Monday. While five flights have been cancelled, 21 others have been diverted due to low-visibility in the national capital, said an ANI report.

Heavy fog disrupted flight operations at the Delhi airport on Monday with 20 flights diverted, 4 cancelled, and around 530 delayed till 12.52 pm, an official said. Flights are operating at the airport under CAT III B conditions, which means the runway visual range (RVR) is between 50 metres and 175 metres. Giving an update on flight operations at 12.52 pm, the official said 16 flights have been diverted and four cancelled as of now. "Around 530 flights, which includes 320 departures as well as 210 arrivals approximately, have been delayed on Monday till 12.52 pm," the official added.

Private airlines IndiGo and Vistara on Monday issued a travel advisory for their passengers saying flights to and from the national capital have been impacted due to bad weather and poor visibility. In a tweet, IndiGo said: "#6ETravelAdvisory: Due to poor visibility in #Delhi, our flights are impacted. Do keep a track of your flight status."

#6ETravelAdvisory: Due to dense fog and poor visibility in the Northern region, our flights are impacted. For flight status click https://t.co/TQCzzy2a2s. For cancelled flights, visit Plan B https://t.co/Oq5OqwbyNF. You may also chat with us at https://t.co/tBjQsmj0MT. pic.twitter.com/JPMebLlNGb

Vistara also said that its flights to and from the national capital have been delayed affecting its other flights too. "Due to dense fog and poor visibility in Delhi, arrivals/departures from Delhi are delayed with consequential impact across the network," it said.

Earlier on Monday, budget airline SpiceJet also asked its passengers, scheduled to travel to and from Delhi, to keep a track of their flight status. "Due to bad weather at Delhi (DEL), all departures/arrivals and their consequential flights might get affected. Passengers are requested to keep a check on their flight status," the airline tweeted.

#WeatherUpdate: Due to bad weather in Kishangarh (KQH), all departures/arrivals and their consequential flights might get affected. Passengers are requested to keep a check on their flight status via https://t.co/VkU7yLB2ny.

Delhi's IGI airport authorities had earlier warned that flight departures may be impacted if visibility dropped below 125 meters.

Dense fog and eventual poor visibility have caused flight delays and cancellations across north India in the past few days.

Besides, at least 30 Delhi-bound trains were delayed by up to seven hours due to the low visibility and dense fog. Major trains like Mahabodhi Express (Gaya-New Delhi) ware reported running late by at least 10 hours. Sampoorna Kranti Express was running late by five hours. Nanda Devi Express was running by almost four hours behind its schedule. Vikramshila Express from Bhagalpur to Anand Vihar (Delhi) was late by five hours.

On Monday, Delhities woke up to a bone-chilling morning with the minimum temperature recorded at 2.6 degrees Celsius. The Air Quality Index (AQI) in the national capital also took a beating on Monday as it stood at 449 with particulate matter (PM) 2.5, the Met officials said.