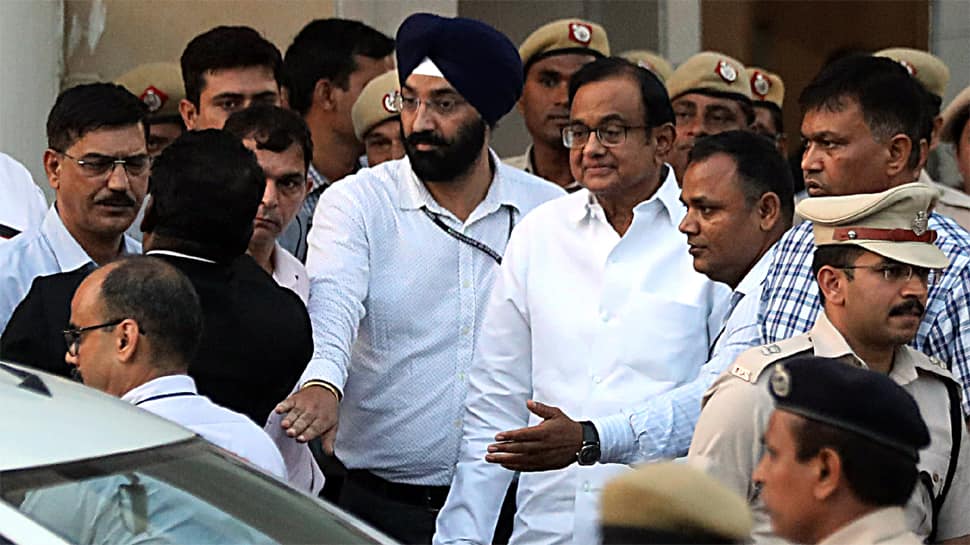 While sending him to CBI custody till Monday, August 26, Special Judge Ajay Kumar Kuhar the court specified three conditions. Firstly, Chidambaram will undergo a medical check-up every 48-hours during the five-day CBI custody. Secondly, family members and lawyers are permitted to meet him for 30 minutes a day. The court also told CBI that the "accused's dignity cannot be violated."

Following the court's orders, Chidambaram swiftly shifted to an undisclosed location by the CBI.

Chidambaram was arrested amid high drama from his home in Delhi's Jor Bagh on Wednesday night by the probe agency. He was kept overnight at the CBI headquarters and produced before a special CBI court in national capital's Rouse Avenue Complex.

Arguing for his five-day remand, the CBI alleged that Chidambaram was not cooperating, refusing to answer questions during interrogation. "The right to remain silent is a constitutional right, it does not bother us. But P Chidambaram is running away from questions,” said Solicitor General Tushar Mehta, representing CBI in court. He added that the case, which is a classic example of money laundering, is in the pre-chargesheet stage.

They further claimed that CBI asked 12 questions, while he replied to six. Out of the 12, just six were new questions.

"Six out of 12 questions asked by CBI are old and can't these questions be asked outside custody? What is the point of custody" questions Singhvi, adding, “The whole approach is wrong. When they (CBI) say that he is evasive, it means that he is not answering the way they want him to answer.”

What happened inside the courtroom: Prosecution vs defence