Padmaavat: Films that hurt religion or caste should not be released, Digvijaya Singh

The statement by Singh is in contrast with the statement of Congress president Rahul Gandhi. 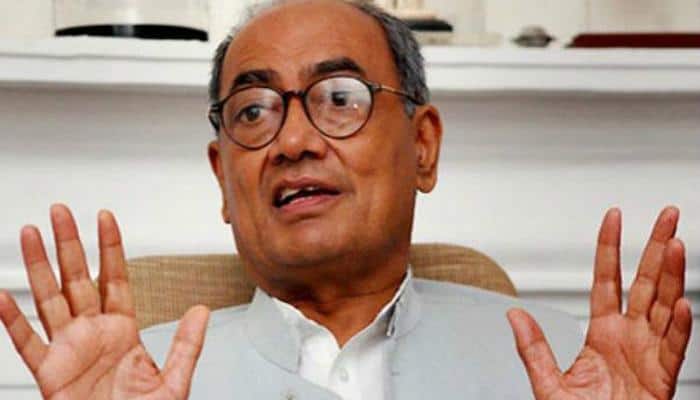 Congress leader Digvijaya Singh on Thursday fired a salvo as he backed protests against Sanjay Leela Bhansali’s Padmaavat, which hit theatres amid heavy security across the country. Talking to mediapersons, Singh said that the making of the movie, starring Deepika Padukone, Shahid Kapoor and Ranveer Singh, should have been avoided.

“Films which hurt sentiments of any religion or caste should not be made,” said Digvijaya Singh referring to violent protests by groups like Sri Rajput Karni Sena.

The statement by Singh is in contrast with the statement of Congress president Rahul Gandhi, who had hit out at the Narendra Modi-led Bharatiya Janata Party (BJP) government over violent protests by those opposing release of Padmaavat.

Following a stone attack on a school bus in Gurugram on Wednesday, the Gandhi scion had accused the BJP of “setting our entire country on fire”.

Taking to Twitter, the Congress president said that there “will never be a cause big enough to justify violence against children”. “Violence and hatred are the weapons of the weak,” said the Gandhi scion.

This comes on the day of release of Padmaavat, which has been surrounded by controversy since its inception over alleged distortion of historical facts. The film is being released amid heavy security arrangements in different states, following an order by the Supreme Court.

Hearing pleas against release of Padmaavat, the Supreme Court had ruled that no state had the right to ban the screening of the film, and should, in fact, ensure full security to theatres and cinema goers.

The Supreme Court ruling had come after the Central Board of Film Certification had given a go-ahead to the film. For this purpose, the censor board had constituted a panel comprising historian, academician and members of royal family from Rajasthan.

However, the police have failed to end violence by protesters, who even attacked a bus carrying school kids with stones in Gurgaon on Wednesday.