Citing the channel, the TOI report further claimed that the captured ISI agents have confessed to receiving money regularly from Pakistan's envoy to India Abdul Basit. 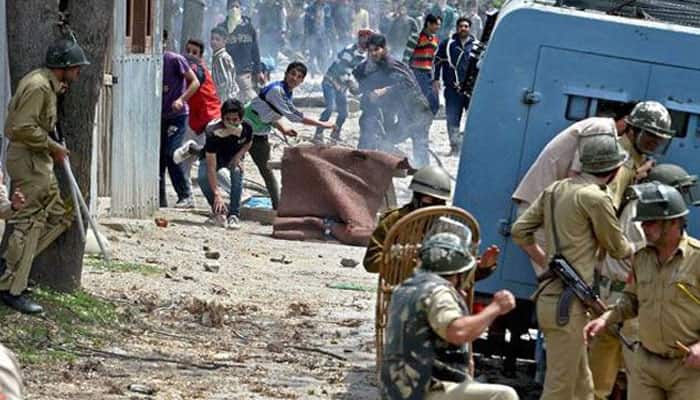 New Delhi: An ongoing probe into two captured ISI agents has revealed how Pakistan's ISI funds the stone-pelters in Kashmir to keep the separatist agenda alive, a media report said on Saturday.

An expose aired on Times Now has showed Pakistan's ISI intelligence agency routed about Rs 70 lakh to the stone-pelters through Hurriyat leader Shabir Shah, the Times of India reported.

Citing the channel, it further claimed that the captured ISI agents have confessed to receiving money regularly from Pakistan's envoy to India Abdul Basit.

Kashmir has been witnessing violent street demonstrations since terrorist Burhan Wani was gunned down by the security forces in July last year.

The protesters usually resort to intense stone-pelting when the security forces try to break them to enforce law and order in the Valley.

Scores of protesters and security personnel have been killed and injured in the clashes over the past several months.

The TOI claimed that the documents in Times Now's possession show the details of the money route, the funders and the recipients.

“The ISI's cash register documents accessed by Times Now” revealed that the money trail originated in the Pakistani garrison town of Rawalpindi, also the ISI headquarters, and ended in Srinagar, where the Hurriyat is based, TOI said.

After reaching Srinagar, the ISI fund is then distributed in areas like Anantnag, Pulwama and Kupwara, which witnessed intense stone pelting, the report said.

The report further claimed that an ISI man named Ahmed Sagar from Rawalpindi is “regularly in touch with Hurriyat leaders, especially Shabir Shah”, who distributes the money to Hurriyat offices which hire people to participate in pelting stones.

According to the TOI report, Sagar is said to be close to Abdul Basit.

Citing the Times Now story, the TOI reported that the ISI uses the Hurriyat to fund separatists and terror acts in Kashmir.

Also according to the Time Now report, the government has issued a directive to keep a close watch on financial activities of businessmen associated with Kashmiri separatists and Hurriyat leaders, TOI said.

The director general of police in Kashmir has been asked to take action, the report added.