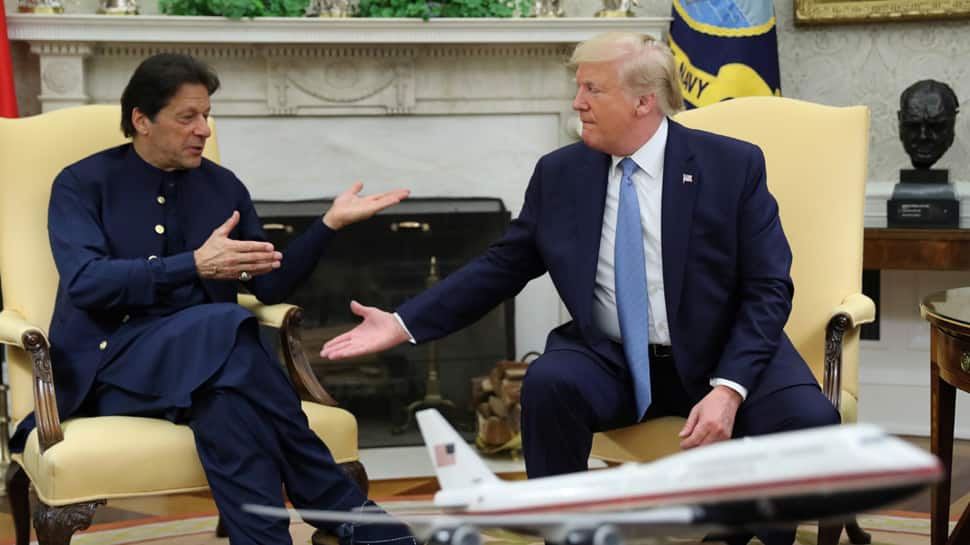 Pakistan Foreign Minister Shah Mahmood Qureshi has said that US President Donald Trump’s offer to mediate between India and Pakistan on the Kashmir issue exceeded the expectations of Islamabad. A report in Radio Pakistan quoted Qureshi as saying that country’s Prime Minister Imran Khan had made the US realise that Kashmir “is a flashpoint that requires early resolution”.

Referring to India’s stand on the issue, a defiant Qureshi claimed that the issue had originally been raised with Trump by India but New Delhi was now denying the same. According to Qureshi, “hue and cry in India’s political circles” had led to the Prime Minister Narendra Modi-led NDA government clarifying that there had been no discussion with the US President on the mediation issue.

This comes even as India has categorically denied any discussion on mediation in Kashmir between Prime Minister Modi and US President Trump. Addressing both houses of Parliament, External Affairs Minister S Jaishankar had asserted that New Delhi’s stand on Kashmir issue remained unchanged. Citing the Shimla agreement and the Lahore declaration, the External Affairs Minister had said that there was no question of India seeking mediation by any third party in Kashmir as the issue was a bilateral one between the two nuclear-armed neighbours.

Trump had triggered the row during his joint press briefing with Imran Khan in Washington. He had claimed that Prime Minister Modi had asked him to consider mediating between the two countries on the issue of Kashmir.

The opposition tried to corner the Modi government over the issue in Parliament. They demanded that instead of the External Affairs Minister, Prime Minister Modi must himself speak before the House and clearly state what conversation took place between him and the US President on the Kashmir issue.