Article 370 did not give special status to J&K but ensured special discrimination, said Doval. 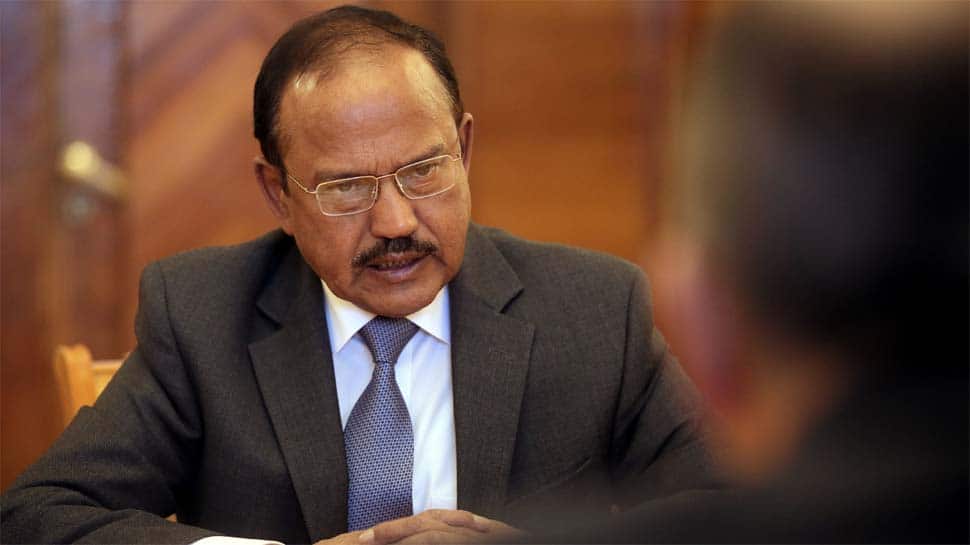 National Security Advisor Ajit Doval Saturday lashed out at terrorist outfits, days after posters emerged in the Kashmir Valley threatening apple farmers and transporters, warning them of dire consequences on sending their produce to India.

“On September 6, terrorists targeted apple traders family, including a three-year-old girl in Sopore on instructions of Pakistani handlers,” said Doval, adding, “Pakistan-sponsored terrorists are making all efforts to prevent the restoration of normalcy. It is evident by the killing of civilians and putting threatening posters.”

Several posters and pamphlets by terrorist outfit Hizbul Mujahideen (HM) were seen across the Valley, asking transporters, local mandis, shop owners and other business establishments not to carry out their activities. The terrorists seek to falsely portray that businesses have collapsed in J&K in the aftermath of Article 370 being revoked.

Terrorists on Friday night shot at four people, including a minor, in Jammu and Kashmir's Sopore. The attack is believed to be a fallout of people largely choosing to ignore such threats from them.

“Article 1 of the Indian Constitution included J&K as a state of the Union. Article 370 was the only article out of 395 Articles in Constitution, which was temporary. Constitution making and amendment is totally an internal matter,” said Doval, adding that Article 370 did not give special status to J&K but ensured special discrimination.

“Pakistan never objected to the inclusion of J&K as State of the Union or as an integral part of India in Constitution. Article 370 amended in past. It was not part of any bilateral or multilateral agreement,” he added.

Over 42,000 lives have been lost due to cross border terrorism sponsored by Pakistan, said the NSA

“Most important human right is the right to life. Reasonable restrictions are required for ensuring peace and protection of right to life. Pakistan efforts at creating turmoil in J&K shows desperation as they have lost face in front of those whom they sold false dreams,” he said.