The Claymore mine can be triggered using a remote control or a tripwire to act as a booby trap.

Srinagar: In a major security concern for India, one Pakistan-made Claymore mine and an M-24 American sniper rifle with a telescope along with IEDs, and a huge cache of explosives and ammunition were recovered during an extensive search along the Amarnath Yatra route in Jammu and Kashmir. The recovery of the deadly arsenal prompted the Jammu and Kashmir government to issue advisory asking tourists and pilgrims to curtail their travel and yatra and leave the state immediately.

Addressing a joint press conference in Srinagar on Friday, the 15 Corps (Chinar Corps) Commander Lieutenant General KKJS Dhillon said, "Extensive searches resulted in recovery of an anti-personnel mine with a markings of Pakistan Ordnance Factory, one sniper rifle with telescope, Improvised Explosive Devices (IEDs), IED container, IED circuit board, IED initiating mechanism and a remote control device." Dhillon said that an anti-personnel mine could cause grave casualties in a crowded area. "This is an ideal weapon for those areas where a large number of people gather or a convoy is moving," Lt Gen Dhillon said, adding that searches were still going on in the area.

This is the first time that a Claymore mine has been discovered in Kashmir Valley and inputs gathered by intelligence agencies suggest that Pakistani-based terrorists were plotting a major attack on the pilgrims going to Amarnath cave shrine. The Claymore mine, found near Sheshnag, is an extremely deadly weapon which can kill a person several metres away.

Its pellets and splinters can be made to explode in a particular direction and behave like they have been fired from a rifle. The mine can be either buried in the earth or hung up on trees to maximise their kill radius and hide it from security forces. The pellets and splinters can travel up to a distance of 200 metres at an angle of 60 degrees which means any person in that area can be killed by the blast.

The mine can be triggered using a remote control or a tripwire to act as a booby trap. What is of grave concern to India is that the claymore mine bears marks which suggest that it has been made by the Pakistan Ordnance Factories. The mine appeared to have been hidden some time ago. 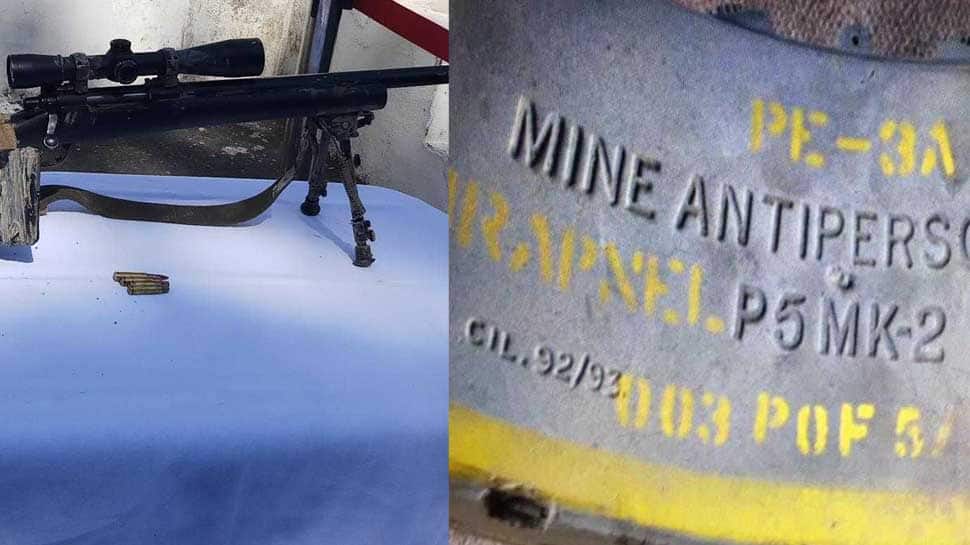 A similar mine was used in 2014 by Pakistan along the Line of Control (LoC). Such mines are used by the armed forces to target the enemy. While Maoists have used a similar device, this is probably for the first time that the mine has made an appearance in Kashmir.

In October 2003, former Andhra Pradesh chief minister Chandrababu Naidu had escaped an attempt on his life where the Maoists had used a similar mine.

The discovery of the mine has no doubt send the Indian security agencies in a tizzy as it comes days after the Centre announced its decision to send an additional 10,00 Central Armed Para-military Forces for deployment in J&K. However, a major tragedy appears to have been averted at the moment.

The development also coincides with the announcement made by US President Donald Trump to 'mediate in Kashmir', an offer which India has rebuffed time and again, saying that there is no scope of third-party mediation.

The claymore mine was first developed by Norman MacLeod for the United States Armed Forces in the early 50s and models similar to the Claymore have been developed across the world including the former Soviet Union, France, Serbia and South Africa.