In the order issued by the state Home Department, the government cited intelligence inputs of possible terror attacks as the reason for the move.

JAMMU: The Jammu and Kashmir government on Friday issued an advisory in which it asked the tourists and pilgrims to curtail their pilgrimage to the Amarnath cave shrine after sniper guns and Pakistan-made claymore landmine was found on the yatra route. In its advisory, the Jammu and Kashmir government directed the pilgrims to leave the state immediately after the Army revealed intelligence inputs confirming the possibility of a terror attack.

The claymore mine, which is made in Pakistan ordinance factory, is a very dangerous mine recovered from Sheshnag in Kashmir along the Amarnath Route.

In the order issued by the state's Home Department, the government cited intelligence inputs of a possible terror attack as the reason for issuing the advisory.

“Keeping in view the latest intelligence inputs of terror threats, with specific targeting of the Amarnath Yatra, and given the prevailing security situation in the Kashmir Valley, in the interest of the safety and security of the tourists and Amarnath Yatris, it is advised that they may curtail their stay in the Valley immediately and take necessary measures to return as soon as possible,” the order issued by the State Home Department said. 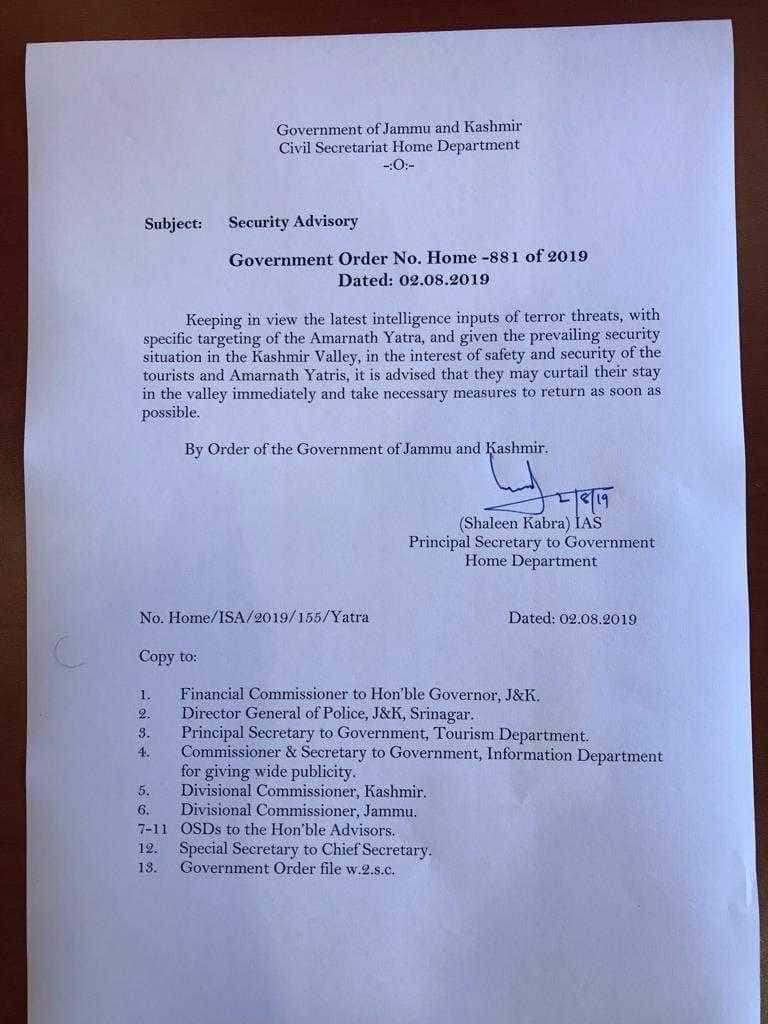 Earlier in the day, the Army had said that it had information that Pakistan was planning to disrupt the annual pilgrimage.

Chinar Corps Commander Lt General KJS Dhillon said in a joint press conference, "We had achieved major successes. An M-24 American sniper rifle with a telescope and a landmine with Pakistan ordnance factory markings have been recovered. The route of the Amarnath Yatra was sanitised for three days."

"The recovery of Pakistan Army landmine from one of the caches of terrorists clearly indicates that Pakistan Army is involved in terrorism in Kashmir, this will not be tolerated," Lt General KJS Dhillon, Commander of the Chinar Corps, said. 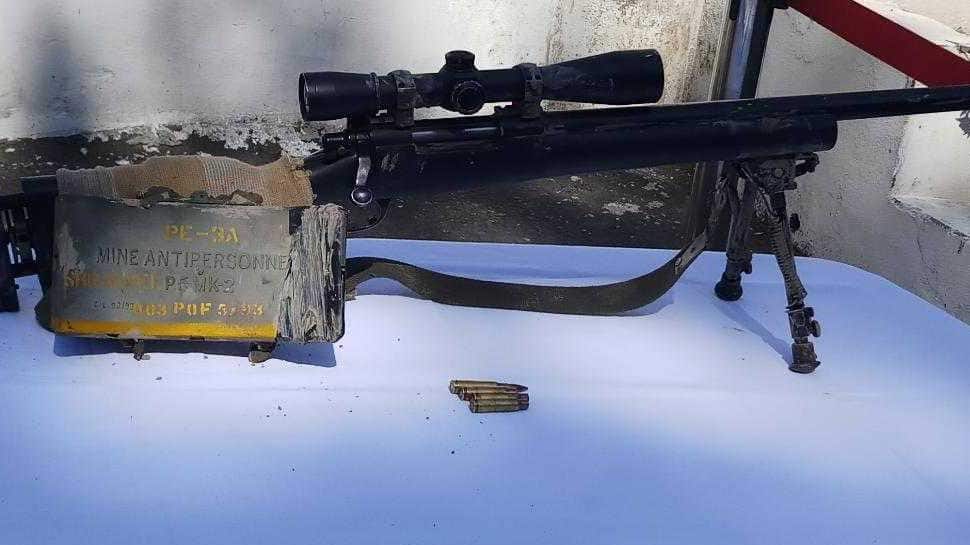 Dhillon said that security forces conducted an in-depth analysis in the Kashmir Valley and found out that 83 per cent of local people who picked up weapons had a record of stone-pelting.

Chinar Corps Commander Lieutenant General said the neighbouring country was trying to disrupt peace in the Valley, but their attempts would not be tolerated.

The type of Improvised Explosive Devices (IEDs) we are examining and the IED expert terrorists we are capturing and eliminating point to the fact that Pakistan is trying to disrupt peace in Kashmir. We assure 'awaam' of Kashmir that no one will be allowed to disrupt peace,” he said.

But Dhillon insisted that the situation on the Line of Control (LoC) was under control and peaceful and infiltration bids by Pakistan were being successfully thwarted.

In an appeal to the mothers of Kashmiri youth, the Chinar Corps Commander said, "If today, your child throws stones at security forces for Rs 500, then he will become a terrorist tomorrow."

"In 2019, 7 per cent of terrorists have been killed within 10 days of joining (militancy). 64 per cent of terrorists who pick up a weapon is eliminated within the first year. So, I request parents to stop your child from doing stone-pelting, as chances are there that he would be eliminated within the first year of picking up his weapon," Dhillon underlined.

He said that security arrangements are in place for Independence Day celebrations, noting that they will be carried out in full gusto and normal fervour.

Former Jammu and Kashmir chief minister Omar Abdullah said the "unprecedented order" would "do nothing to dampen the sense of fear and foreboding" prevailing in the Valley at the moment, particularly since the Centre decided to deploy additional troops.