Prime Minister Narendra Modi will inaugurate it at around 7:15 pm on Tuesday. 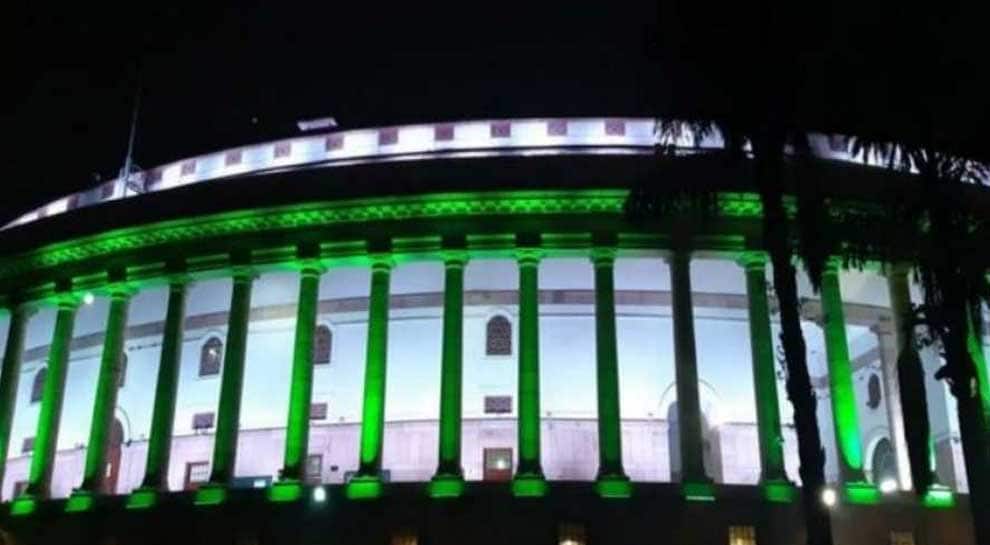 NEW DELHI: Giving a new ambience and aesthetics to the nation's biggest temple of democracy - Parliament - its exterior has been installed with permanent colourful lights ahead of the 73rd Independence Day celebrations.

Prime Minister Narendra Modi will inaugurate it at around 7:15 pm on Tuesday.

Lok Sabha Speaker, Vice Chairman of Rajya Sabha, cabinet minister and MPs will be present on the occasion.

Earlier, similar such light has been installed in South Block and North Block. The LED lights used are environment-friendly and electricity saving lights.

The lighting installed in the Parliament House will be permanent.

Earlier, the Parliament House was decorated on special occasions such as on Independence Day, Republic Day and Mahatma Gandhi Jayanti, but now it has been installed with permanent lights.