People have proved that Arvind Kejriwal is the son of every house in Delhi: Sanjay Singh

Singh said that the BJP used "all its power, hate, money and energy in Delhi, but the people gave the mandate to its son", referring to Chief Minister Arvind Kejriwal. 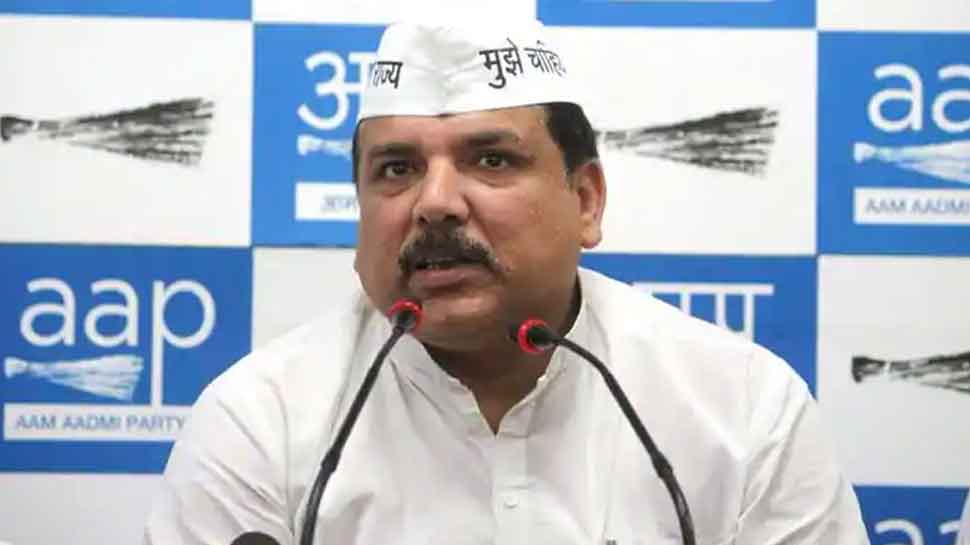 New Delhi: Aam Aadmi Party`s Rajya Sabha MP Sanjay Singh said that people of Delhi have given a historic victory to the AAP in the assembly polls, while reciting a victory song in his address to the supporters at the party office here on Tuesday (February 11).

Singh said, "The people have proved that Arvind Kejriwal is the son of every house in the national capital." Slamming the BJP, he said, "Even after the BJP used all its power and resources, the people chose Arvind Kejriwal. The Chief Minister has done everything in his power to work for the people of Delhi."

Sanjay Singh said that Delhi has given the mandate to its son and that it is a victory for the whole country, adding "The people of Delhi gave a clear message that politics will be over issues. Kejriwal dedicated everything to the common people of the city. Congratulations to all of you. We are heading towards a bigger margin."

Addressing the party workers at the AAP headquarters, Singh said that the BJP used "all its power, hate, money and energy in Delhi, but the people gave the mandate to its son", referring to Chief Minister Arvind Kejriwal.

"That day, Kejriwal had said that on February 11, his `family` in Delhi will show that he is not a terrorist, but a true patriot," he said, adding that Delhi has now proved that Kejriwal is a true patriot and Delhi`s son.

Without taking his name, he also took a dig at BJP leader Kapil Mishra`s remark that this election was akin to the "India vs Pakistan" battle. "Hindustan has won," Singh said before chanting `Bharat Mata ki jai`.

Notably, the ruling Aam Aadmi Party (AAP) is leading on 63 seats and the BJP on 7, while Congress has failed to open its account.

Prominent among those who are leading in their respective constituencies include Chief Minister Arvind Kejriwal, who has taken a lead of 4,387 votes over BJP`s Sunil Kumar Yadav from New Delhi constituency.