Addressing the nation on the occasion of country's 74th Independence Day, Prime Minister Narendra Modi said that no country should try to raise an eye on the sovereignty of India. 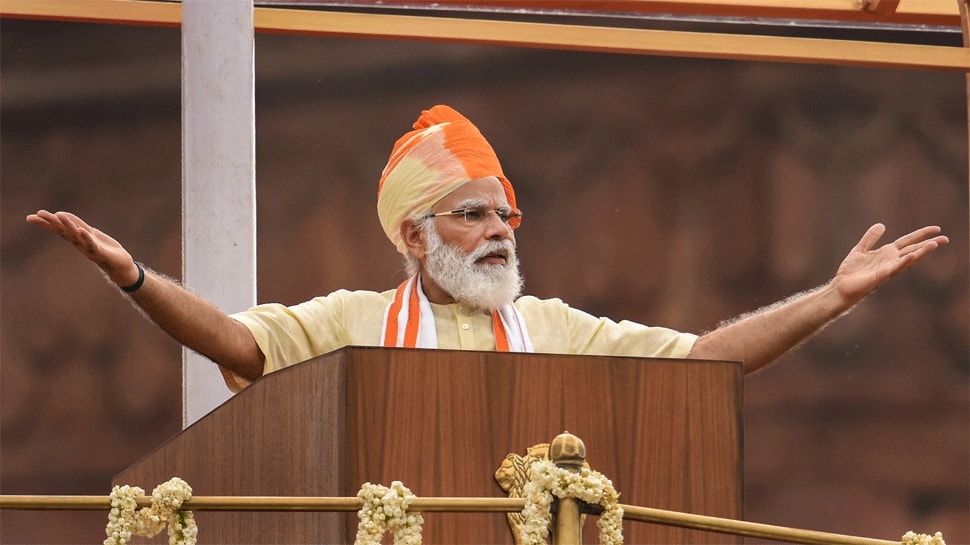 New Delhi: Addressing the nation on the occasion of country's 74th Independence Day, Prime Minister Narendra Modi said that no country should try to raise an eye on the sovereignty of India. Lauding the soldiers he said that the Indian Army has responded from the Line of Control (LoC) to the Line of Actual Control (LAC) and they have time and again proved their ability and valor.

He remembered the soldiers in Ladakh and their contribution during the face-offs between the troops of India-China in May-June and said that Indian Army has responded in the same language.

The PM said, "Respect for India`s sovereignty is supreme for us. What our brave soldiers can do for this resolution, what the country can do, the world has seen in Ladakh." He said, "All the leaders of the countries of this region have an important responsibility towards the development and progress of this huge mass group." He added, "Where there is harmony in relationships, bonding occurs."

Giving strong message to the world from ramparts of Redfort PM said that India is committed to strengthen its security and to make its Army stronger. He said, "India is also fully equipped for self-sufficiency in defence production."

In his address, PM Modi also pointed out that India needs to move ahead with the mantra of make for the world along with Make-in-India as India has the natural resources to do so. "India has always believed that the entire world is one family. While we focus on economic growth and development, humanity must retain a central role in this process and our journey," Modi said.