PM Modi extends financial support for 'this' cause; releases a compilation of success stories of self-dependent women

Narendra Modi released Rs 25 crore as seed money for 7,500 Self Help Group members. "When a woman is empowered, not just a family is empowered, but the society and the country too develop," the PM said 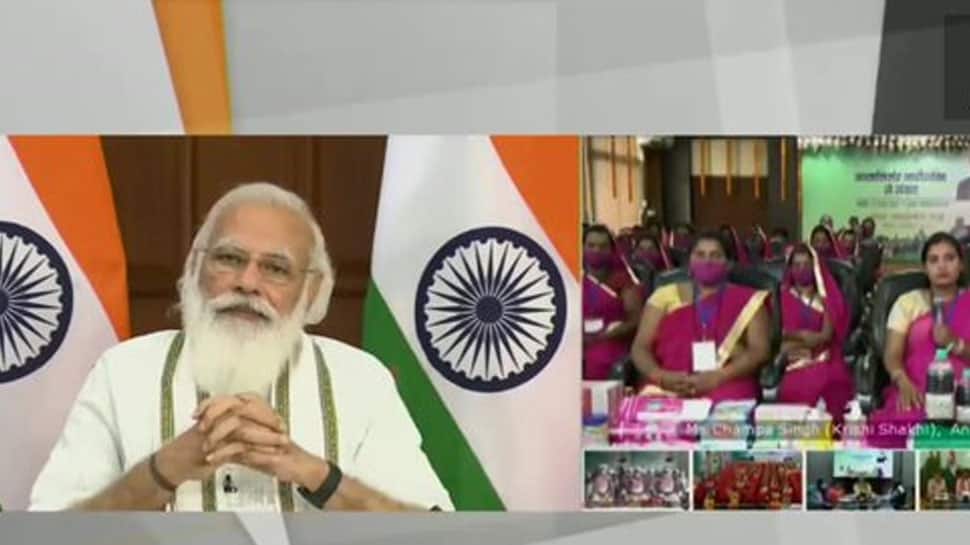 PM Modi also released financial support to women Self Help Groups during his interaction with them. Speaking to a member of the SHG in Madhya Pradesh, Champa Singh, PM Modi said `Nari Shakti` (women power) can bring any change if they are determined and appreciated for their efforts.

"When a woman is empowered, not just a family is empowered but also the society and the country too develop," the Prime Minister said. The PM also suggested Champa Singh to start an online campaign for organic farming.

A compilation of success stories of women SHG members from all across the country, along with a handbook on universalisation of farm livelihoods was also released by the Prime Minister during the event. Prime Minister also releases capitalisation support funds to the tune of Rs 1,625 crore to over 4 lakh SHGs.

In addition, the PM released Rs 25 crore as seed money for 7,500 SHG members under the PMFME (PM Formalisation of Micro Food Processing Enterprises) scheme of the Ministry of Food Processing Industries and Rs 4.13 crore as funds to 75 FPOs (Farmer Producer Organizations) being promoted under the Mission.

According to PMO, DAY-NRLM aims at mobilizing rural poor households into Self Help Groups (SHGs) in a phased manner and provide them long-term support to diversify their livelihoods, improve their incomes and quality of life.

Most of Mission`s interventions are being implemented and scaled up by the SHG women themselves who are trained as community resource persons (CRPs) - Krishi Sakhis, Pashu Sakhis, Bank Sakhis, Bima Sakhis and Banking Correspondent Sakhis.