The clips are from PM Modi's visit to the Isreal in 2017, the first standalone visit by any Indian Prime Minister to the west Asian country. 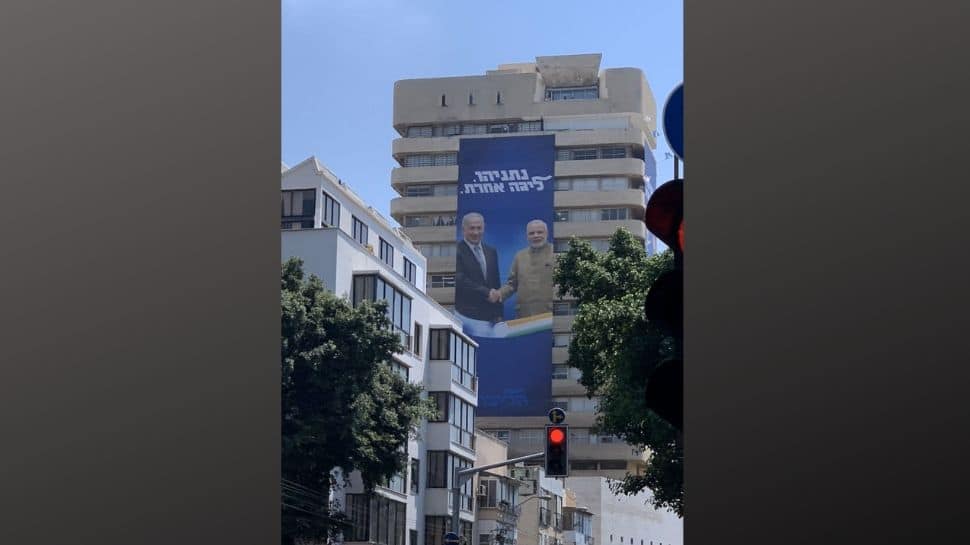 New Delhi: Prime Minister Narendra Modi has been featured in Israeli Prime Minister Benjamin Netanyahu's election campaign. Netanyahu's party Likud party has, in a campaign video, shown clips of PM Modi along with Netanyahu. The clips are from PM Modi's visit to the Isreal in 2017, the first standalone visit by any Indian Prime Minister to the west Asian country.

The video shows PM Modi being welcomed at the airport and also from the beach. Interestingly, the beach stroll taken by both leaders at Haifa's beach to see a demonstration of the mobile desalination unit became one of the highlights of Modi's visit.  The two other leaders in the video include Rusian President Vladimir Putin and US President Donald Trump.

This is perhaps for the first time an Indian PM's pictures are being used in a foreign election campaign, particularly in West Asia.

Full Video of Likud party on Election campaign: Along with PM Modi, Other 2 foreign leaders in the campaign include Trump and Putin. This is perhaps for the first time Indian PMs pictures being used in a foreign election campaign. pic.twitter.com/yjZmqrmgSu

Isreal will be holding elections on September 17 after no party was able to get majority or cobble up a coalition in April elections.

Prime Minister Benjamin Netanyahu was one of the first leaders to congratulate PM Modi after his election victory in May. Lauding PM Modi's mandate Netanyahu had said, "the election results further reaffirm your leadership of the world's largest democracy."

Netanyahu is expected to visit India on September 9. He had visited India in January 2018 to commemorate 25 years of establishment of diplomatic ties.