PM Modi hosted President Xi in Mamallapuram, which also has a China connect. Xi arrived in Chennai on Friday afternoon to a blockbuster welcome. He reached Mamallapuram by road in the evening. 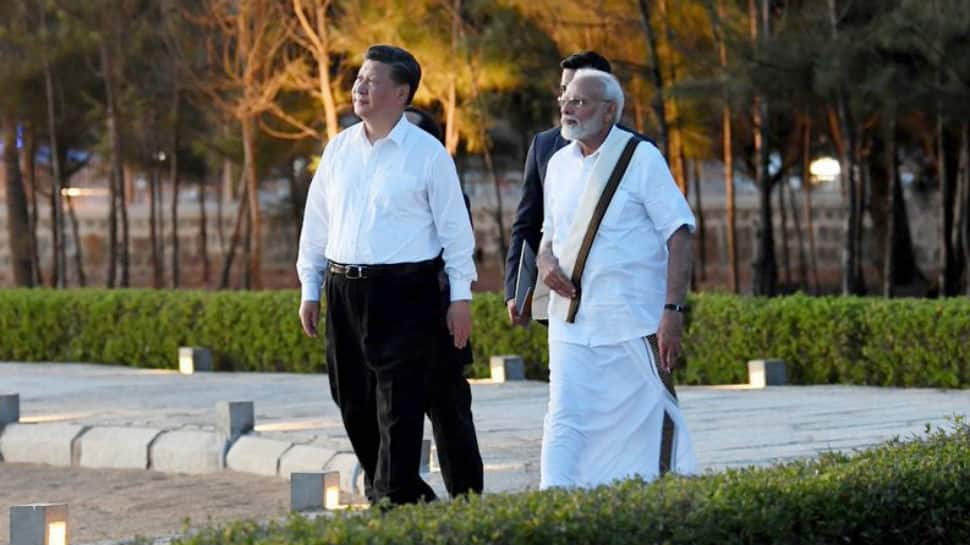 The lamp is made of bronze and is six feet tall. It took 12 days to make it, news agency ANI reported. Above the lamp is the Annam, a celestial bird that is reputed to be able to separate milk from water and figuratively good from the bad. It has a round base decorated with beautiful patterns.

PM Modi hosted President Xi in Mamallapuram, which also has a China connect. Xi arrived in Chennai on Friday afternoon to a blockbuster welcome. He reached Mamallapuram by road in the evening. 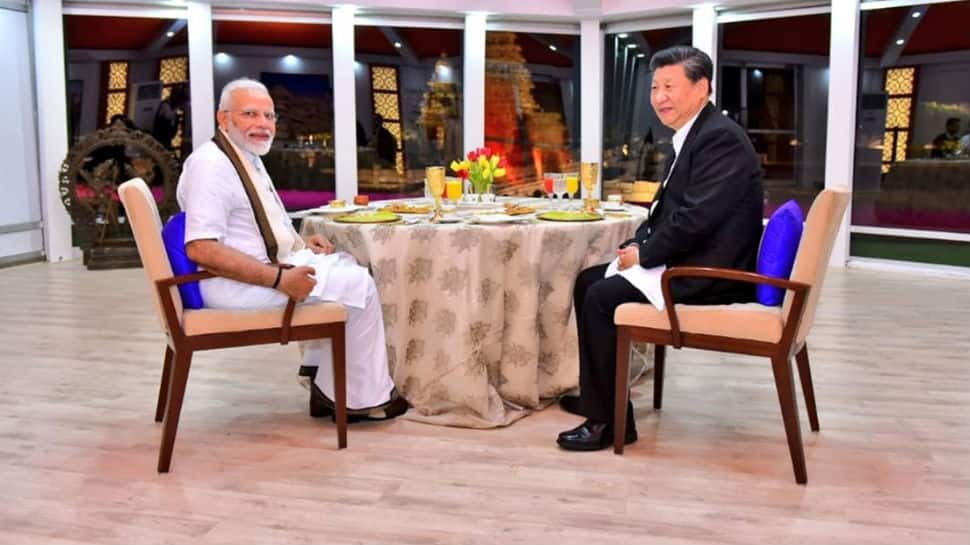 PM Modi, dressed in a white half-sleeved shirt, a veshti and an angavastram, welcomed President Xi in Mamallapuram. The Prime Minister gave President Xi a guided tour about the architecture and significance of the three important rock-cut monuments of the town.

The second stop was Krishna's Butter Ball - a gigantic boulder weighing about 250 tons seated on a short incline. From there, PM Modi and President Xi travelled to reach the Five Rathas, a group of solid rocks. These are five free-standing monolithic temples, which are said to be linked to the five Pandava brothers. In the midst of the Five Rathas, there is also a huge elephant sculpture and also that of a lion.

After the tour, a cultural programme was scheduled, followed by dinner. PM Modi hosted President Xi for dinner and the two leaders spent over two hours together.

The Chinese President was treated to a variety of sumptuous South Indian dishes. The dinner began at around 7 pm. From Thakkali Rasam and Arachavitta Sambar to Kadalai Kuruma and Kavanarasi Halwa, the menu reflected the sweeping diversity of south Indian culinary traditions.

No Memorandum of Understanding or agreements would be signed during the informal summit. Modi and Xi will hold one-on-one and delegation-level talks on Saturday.

On Day 1 of the summit, PM Modi and President Xi had detailed discussions on varied issues, including terrorism, increasing radicalisation, enhancing bilateral trade between the two nations and investments, among others.

India to collaborate with Pakistan, China to gauge impact of climate change: IMD