Prime Minister Narendra Modi on Saturday inaugurated the two-day training programme, being organised for all the newly-elected Members of Parliament (MPs) of the BJP in the Lok Sabha and Rajya Sabha. 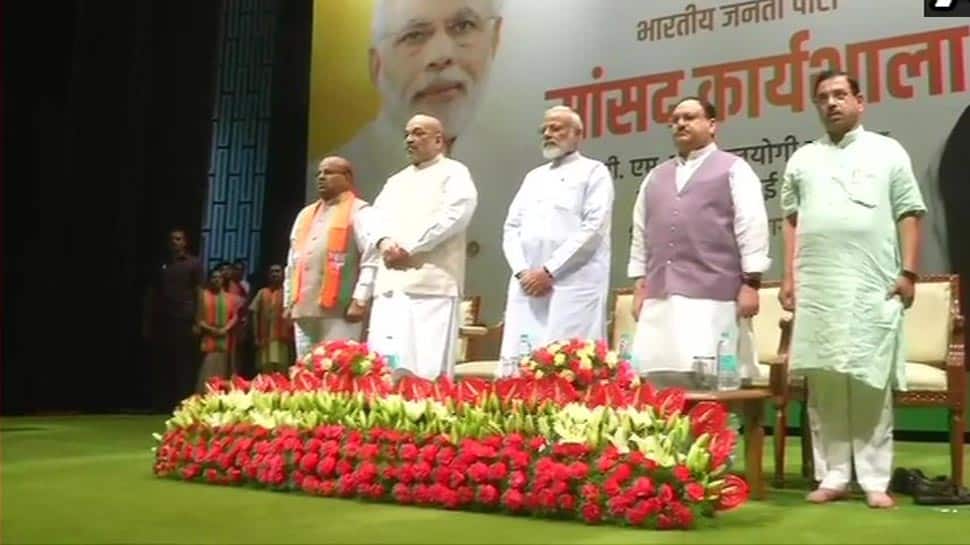 New Delhi: Prime Minister Narendra Modi on Saturday inaugurated the two-day training programme, being organised for all the newly-elected Members of Parliament (MPs) of the BJP in the Lok Sabha and Rajya Sabha.

The programme, which started at 10 am on Saturday, is being held at GMC Balayogi Auditorium in the Parliament Library Building. PM Modi along with other prominent leaders including BJP president Amit Shah, working president JP Nadda, and Defence Minister Rajnath Singh would be present on both days of the workshop.

All the 381 BJP MPs will be attending the closed-door workshop wherein multiple sessions on the functioning of the parliamentarians would take place. The focus of the programme would range from sensitisation of MPs, lawmakers' conduct on inside and outside Parliament, to party's plans on implementing new schemes.

The senior leadership would also conduct sessions informing lawmakers on how to reach to the public and make them aware regarding various welfare schemes issued by the central government.

A dedicated session on the NaMo app and adequate usage of social media platforms is also planned during the day. Apart from these, the lawmakers will also be acquainted on how to put forth the issues faced by people from their respective constituencies in Parliament.

According to reports, the programme is organised to instil parliamentary manners and discipline in some of the erring lawmakers.