PM Modi meets children from Sikkim, Ladakh, urges them to work for a corruption-free India

PM Modi on Tuesday asked children to work towards achieving the vision of a corruption-free India. 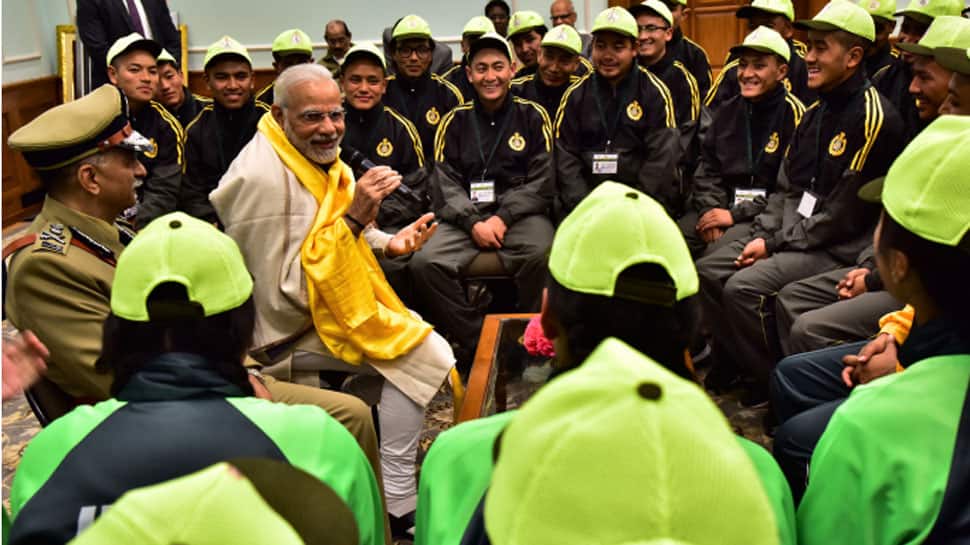 New Delhi: Prime Minister Narendra Modi on Tuesday met 53 boys and girls from Jammu and Kashmir's Ladakh region and Sikkim. The children, including nine girls, are in the national capital on an excursion tour by the  Indo-Tibetan Border Police​ (ITBP).

Students from Sikkim hail from government schools in Chungthang and Lachen areas while those from Ladakh are football players.

The PM urged students to keep fit, in order to be more productive. He also asked them to work towards achieving the vision of a corruption-free India.

At the same time, PM Modi underlined the importance of learning and said there should be a natural inclination to be a learner at all times.

Had a wonderful interaction with students from Sikkim and Ladakh, who are part of @ITBP_official excursion groups visiting various parts of the nation. https://t.co/9mDW5aP5xy

Knowing about the experiences of my young friends from Sikkim and Ladakh made me very happy. I was particularly glad to hear them speak passionately about the need to eliminate corruption and the importance of technology. The energy and dynamism of young India is amazing!

'Digital India' and cashless transactions also came up for discussion. The Prime Minister explained to the children how Direct Benefit Transfer is benefiting the common people.

The students talked about the book 'Exam Warriors' written by PM Modi, who exhorted them to live their life without undue stress and pressure, an official said, as per PTI.

The ITBP, primarily tasked to guard the 3,488-km border with China, has organised the tour as part of its civic action programme to enable the border population travel to popular destinations of the country.