This reconstitution comes ahead NITI Aayog Governing Council's first meet on June 15, after the Modi government's return to power. 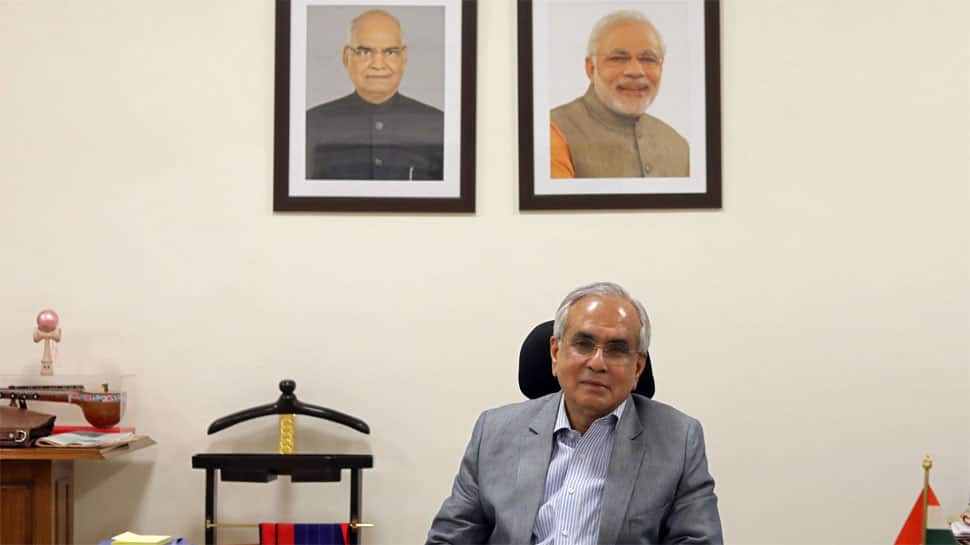 Rajiv Kumar, vice chairman of NITI Aayog, poses for a photograph inside his office in New Delhi. (Reuters Photo)
Share:
Written By:

The Prime Minister will continue to be the Chairperson of the think tank. Transport Minister Nitin Gadkari, Social Justice Minister Thawar Chand Gehlot, Commerce and Railway Minister Piyush Goyal, and Statistics Minister Rao Inderjit Singh will be special invitees to the panel.

The NITI Aayog was formed via a resolution of the Union Cabinet on January 1, 2015, by the Modi government after scrapping the Planning Commission, which was instituted in 1950.

This reconstitution comes ahead NITI Aayog Governing Council's first meet on June 15, after the Modi government's return to power.