While addressing the nation in his monthly radio programme, Prime Minister Narendra Modi on Sunday shared many inspiring stories of women and their achievements as a part of celebrating India`s `Nari Shakti`, thereby felicitating the `Bharat ki Lakshmi`. 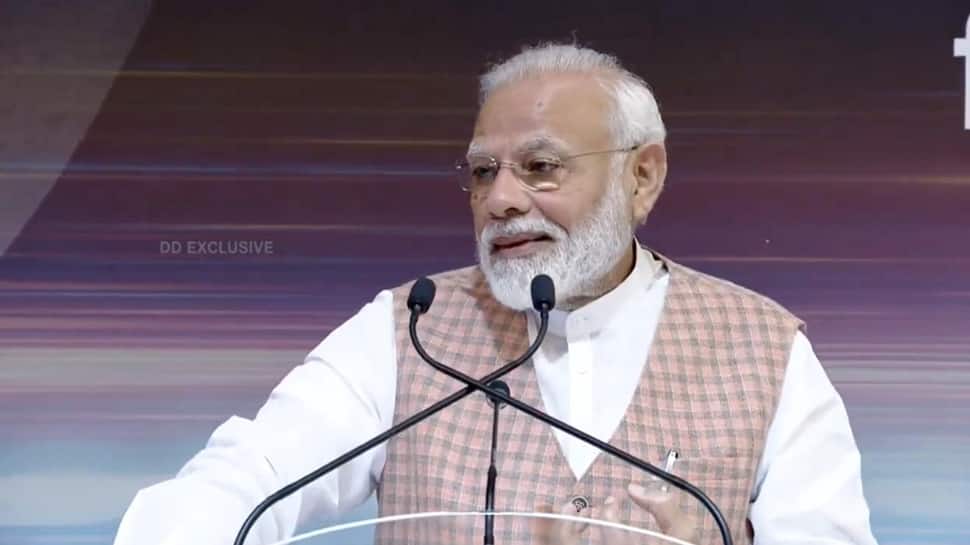 New Delhi [India]: While addressing the nation in his monthly radio programme, Prime Minister Narendra Modi on Sunday shared many inspiring stories of women and their achievements as a part of celebrating India`s `Nari Shakti`, thereby felicitating the `Bharat ki Lakshmi`.

Prime Minister Modi had announced the starting of `Bharat ki Lakshmi` campaign during Diwali on his 57th edition of `Mann Ki Baat` and called on citizens to outline the achievements of `daughters` of the country using #BharatKiLaxmi. "In last Mann Ki Baat, we had decided to celebrate this Diwali in a different way. I had called for celebrating the achievements of Naari Shakti of India--which means honouring `Bharat ki Laxmi`--Lakshmi of India," said Modi.

"Soon after I conveyed this message, it drew an instant response and social media has been flooded with several inspirational stories," he added. Modi further narrated an inspiring story shared by K Ramesh from Warangal who stated, "My mother is my strength when my father passed away in 1990. It was my mother who shouldered the responsibility of her five sons and today all five of us are well placed in life." Ramesh further added that his mother is his God, his everything and for him, she is `Bharat ki Laxmi` in true sense.

Sharing another story, Modi told that Geetika Swami who is quite active on Twitter says that for her Major Khushbu Kanwar is `Bharat ki Laxmi` who is the daughter of a bus conductor and she led the all-women contingent of the Assam Rifles."For Kavita Tiwari Ji, her daughter is her Bharat ki Laxmi, she is proud that her daughter makes beautiful paintings. Also, she has achieved a high-rank degree in CLAT," said Modi.

Narrating another motivating story, Modi told about a 92-year-old woman who has been providing free drinking water to travellers at Gwalior Railway Station for many years."Megha who shared this story with us is greatly inspired by the compassion of this Bharat ki Laxmi. People have shared many such stories. I request you all to read these stories and get inspired. Please share similar stories from your surroundings," said Modi.

Prime Minister humbly greeted all these `Laxmis of India`.Modi also shared a poem penned by poetess Sanchi Honnamma in Kannada that embodies the same expression and thought to pertain to every Bharat ki Laxmi."A famous poet of the seventeenth century, Sanchi Honnamma wrote a poem in Kannada depicting the same spirit about Bharat ki Laxmi, that we are discussing today. This poem consists of beautiful expressions," said Modi.

As the country is celebrating Diwali today, Prime Minister Narendra Modi pitched the idea of "Festival Tourism" and said that we must try to popularise our festivals and invite people from other states and countries to join the festivities.

Speaking on 58th edition of his monthly radio program, he said. "Festival tourism has its own exciting attractions globally. India is the land of festivals that presents immense possibilities for festival tourism."

"We must try to popularise our festivals such as Holi, Diwali, Onam, Pongal or Bihu and it must be our endeavour to ensure that we should welcomingly invite people from other states and countries to join in the festivities. Every state and religion in our country has their own festivals and people from foreign countries have a keen interest in them," the Prime Minister said.

Modi also underlined that Indians living abroad have an important role in boosting festival tourism in the country.

Ahead of the Supreme Court verdict in Ayodhya land dispute case, Prime Minister Narendra Modi recalled how political parties and civil society gave `restrained` statements to unite people after the Allahabad High Court gave its judgment in the case in 2010.

"Those people had the sole intention of hogging the spotlight at that time. And we all know what kind of irresponsible talk was floating around. This scenario had continued for five days or ten days only," he added.

Stating that this situation continued to remain the same for a week or two, Prime Minister Modi said, "After the verdict in Ram Janmabhoomi case, the government, political parties, social organisations, civil society, representatives of all sects and saints gave restrained and balanced statements." "There were attempts to reduce the tension in the sociopolitical environment. But I remember that day vividly. The dignity of the judiciary was proudly honoured and no heated discourse or tension was allowed anywhere," he said.