During the course of the interactive session with the 24-member delegation led by Altaf Bukhari, the PM engaged with the delegation on various issues like concerns on demographic changes, delimitation exercise, and grant of state domicile. 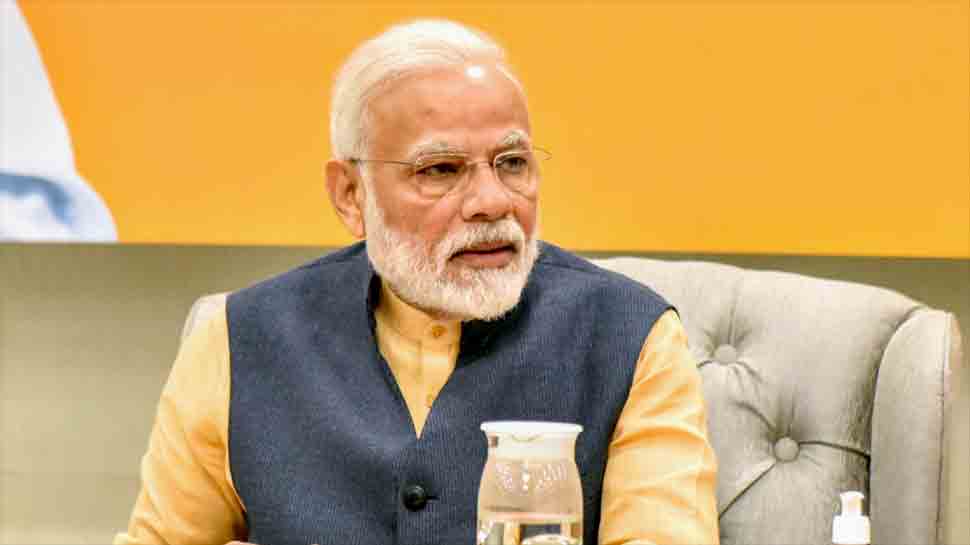 New Delhi: Prime Minister Narendra Modi assured the Apni Party delegation that Centre will work towards giving statehood to Jammu and Kashmir at earliest. "Prime Minister engaged with the delegation on various issues like concerns on demographic changes, delimitation exercise, and grant of state domicile.

Referring to his statement in Parliament, Prime Minister underlined that the Government will work with all sections of the population to realize the hopes of statehood for Jammu and Kashmir at an early opportunity," according to a release by the PMO on Saturday.

During the course of the interactive session with the 24-member delegation led by Altaf Bukhari, the Prime Minister engaged with the delegation on various issues like concerns on demographic changes, delimitation exercise, and grant of state domicile.

The delegation thanked PM Modi for his `unstinted` support and `untiring` efforts towards the development of Jammu and Kashmir. They also appreciated the efforts of the government, security agencies and the people of Jammu and Kashmir towards maintaining peace and security in the region.

Speaking on youth empowerment, Prime Minister Modi said: "Youth should act as catalytic agents for the development of Jammu and Kashmir."

He highlighted the importance of skill development and creating new employment opportunities for the youth to bring in an overall transformation of Jammu and Kashmir.Apni Party president Altaf Bukhari noted that August 5, 2019, when the decision to abrogate Article 370 and Article 35-A was taken, was a watershed moment in the history of Jammu and Kashmir.

Earlier after the meeting at Lok Kalyan Marg, Bukhari on Saturday said that Prime Minister Narendra Modi's heart beats for the people of J-K and he understands what the people of the Union Territory aspire for. "PM said no demographic change will be done. He is a man of commitment. His heart beats for people of Jammu and Kashmir," Bukhari told ANI.

"He understands what the people of Jammu and Kashmir want. He appreciated when we said that we want the same laws as the rest of the country," added Bukhari.

Aiming to provide relief to the people "facing challenges since August 5 last year," Bukhari, formerly with the People`s Democratic Party (PDP), launched his own party on March 8, which is also the International Women's Day.