PM Narendra Modi attacks Opposition rally in Kolkata, says this 'gathbandhan' is against people of India, not just BJP

PM Modi attacked the mega Opposition rally in Kolkata while addressing a public function at Silvassa. 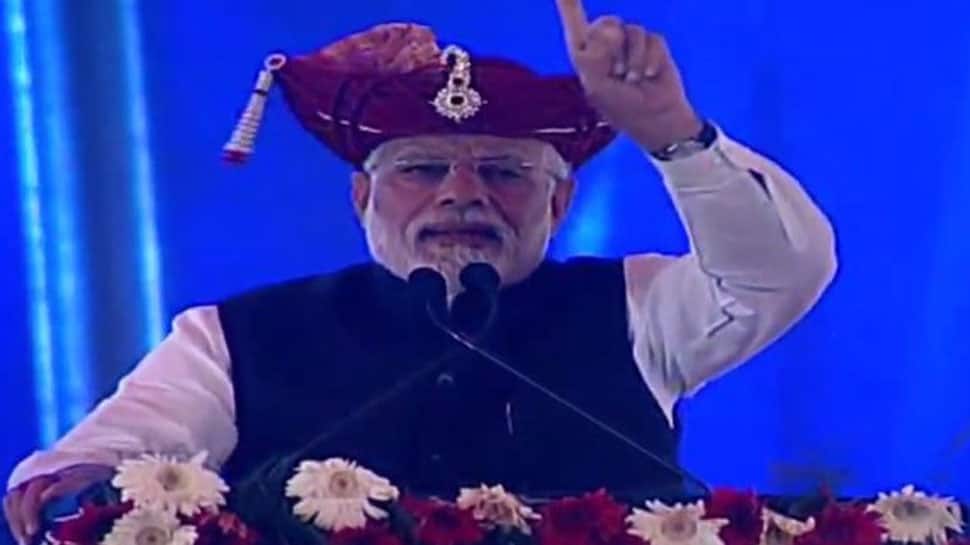 SILVASSA: Prime Minister Narendra Modi on Saturday made a blistering attack on the attempts being made by various opposition parties to form a 'mahagathbandhan' or a 'grand alliance' ahead of the crucial Lok Sabha elections to be held this year with a sole aim of ousting the ruling BJP from power.

Attacking those propagating the idea of 'Mahagathbandhan', the PM said it was a 'gathbandhan' (alliance) not just against his party, but also against the people of this country.

“My actions against corruption have infuriated some people. It’s but natural for them to get angry as I’ve prevented them from looting public money. Consequently, they have now formed an alliance called Mahagathbandhan,” the PM said.

PM Modi in Silvassa: My actions against corruption have infuriated some people. It's but natural for them to get angry as I've prevented them from looting public money. Consequently, they have now formed an alliance called Mahagathbandhan pic.twitter.com/3WPyJtKRx5

PM Modi made these remarks while addressing a public function at Silvassa, the capital of the Union Territory of Dadra and Nagar Haveli.

He went on to add that the Opposition leaders weren’t even united and that they have already started bargaining for their share.

''This 'ganthbandhan' is not against Modi but against the people of India. Currently, they are not even properly together and already that have started bargaining for their share,'' the PM said.

The Prime Minister further added that he finds Opposition’s remark of saving the country and democracy ‘funny’.

"When those involved in suffocating democracy talk of saving it, then people will say 'wah kya baat hai'," he said.

Those who crushed democracy in their own state are now preaching about saving the democracy. It's truly ironical : PM Modi in Silvassa

"In West Bengal, BJP has only one MLA but they are so afraid of us that they are saying 'bachao' (save us)," he said.

PM Modi on Saturday dedicated to the nation L&T Armoured Systems Complex at Hazira in Gujarat. It will produce 100 Howitzer artillery guns, christened “K9 Vajra-T” under the make in India programme. The Prime Minister also laid the foundation stone of Nirali Cancer hospital in Navsari which will benefit cancer patients of South Gujarat and neighbouring states.

Answerable to people of the country, not BJP: Shatrughan Sinha at mega Opposition rally