In his speech at the SCO Summit, PM Modi said that every country needs to come together, unite and fight against the scourge. 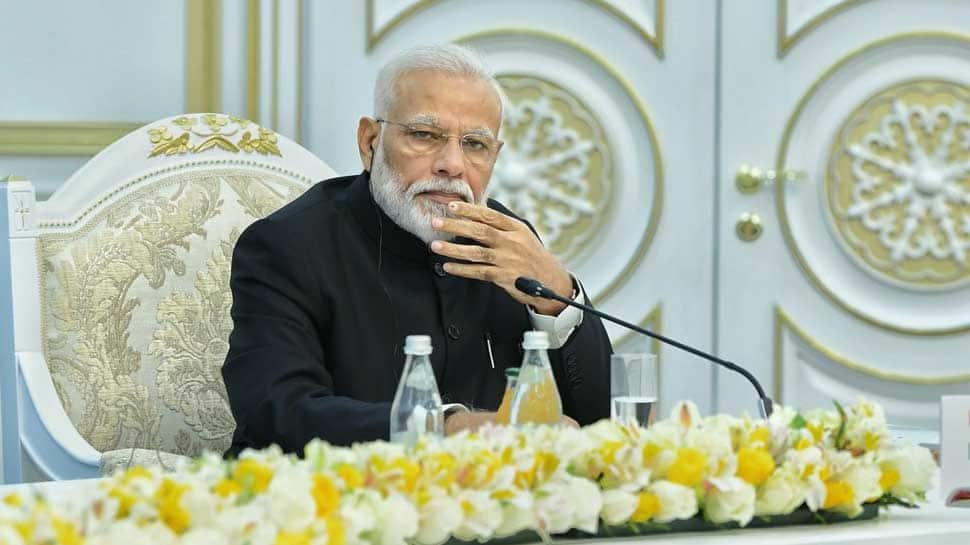 Bishkek: Reiterating India's strong stand against terrorism, Prime Minister Narendra Modi on Friday appealed that countries supporting, aiding and funding terrorism must be held accountable during his address at the Shanghai Cooperation Organisation (SCO) Summit in Bishkek, the capital of Kyrgyzstan.

PM Modi highlighted the spirit and ideals of SCO to strengthen cooperation in the fight against terrorism even as Pakistani Prime Minister Imran Khan looked on.

PM @narendramodi speaking at the #SCOSummit2019 highlighted the spirit and ideals of SCO to strengthen cooperation in the fight against terrorism. pic.twitter.com/MKb02FXRTO

Without naming Pakistan, a country that has made state-sponsored terrorism its biggest policy to counter India for the last several decades, PM Modi said every country needs to come together, unite and fight against the scourge.

He also mentioned his recent visit to Sri Lanka and the St Anthony church in Colombo where several people were killed in bomb blasts on April 21, 2019.

The Prime Minister also spoke about the Indian connectivity projects and highlighted that such schemes should respect the sovereignty and be transparent. "Our visions is to encourage healthy cooperation," said PM Modi.

While calling for peace in Afghanistan, he said that it is very important for the development of the country which has been ravaged by war and civil strife for the last four decades.

Standing for peace, development and connectivity in the region.

Prime Minister Modi will meet Iranian President Hassan Rouhani on the sidelines of the Shanghai Corporation Organisation (SCO) Summit on Friday, amid mounting tension in the Persian Gulf.

The meeting will be held against the backdrop of the US sanctions on Iran as well as Tehran`s partial withdrawal from the Joint Comprehensive Plan of Action (JCPoA).

The US recently announced that no fresh sanction waivers will be issued to existing importers of Iranian oil, including India.

The issue had come up during a meeting between former External Affairs Minister Sushma Swaraj and Iranian Foreign Minister Javad Zarif during the latter's visit to India last month.

After the meeting, Swaraj had said that a decision on buying oil from Iran will be taken after the general elections.