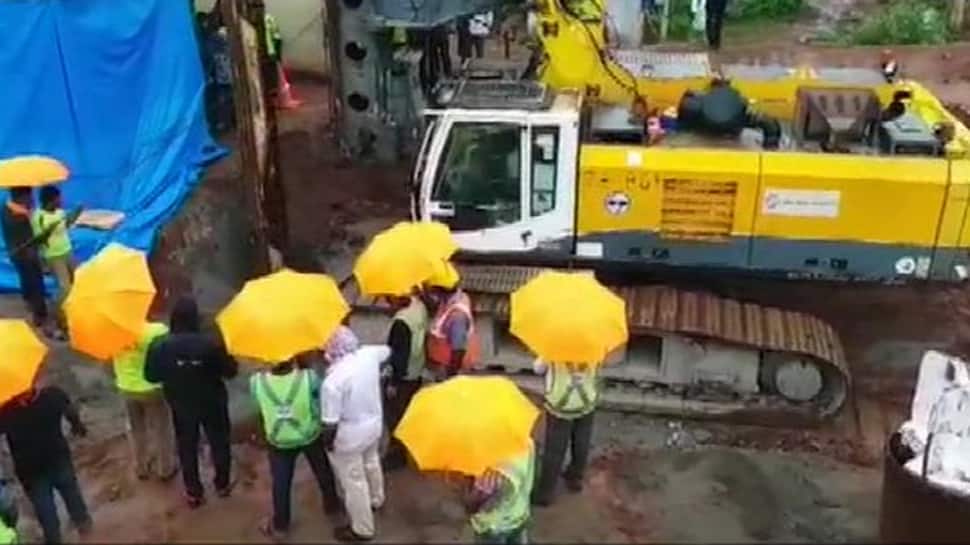 NEW DELHI: Prime Minister Narendra Modi on Monday talked to Tamil Nadu Chief Minister Edappadi K Palaniswami over the efforts underway to save Sujith, a two-year-old child who fell into a borewell in Tiruchirappalli on October 25. "My prayers are with the young and brave Sujith Wilson. Spoke to Chief Minister Edappadi K Palaniswami regarding the rescue efforts underway to save Sujith. Every effort is being made to ensure that he is safe," tweeted PM Modi.

My prayers are with the young and brave Sujith Wilson. Spoke to CM @EPSTamilNadu regarding the rescue efforts underway to save Sujith. Every effort is being made to ensure that he is safe. @CMOTamilNadu

Talking to media, Tamil Nadu Deputy Chief Minister O Panneerselvam on Monday expressed confidence that the ongoing operation to rescue Sujith will reach final stages by Monday evening. The toddler fell inside the borewell on Friday (October 25) at 5:30 pm while he was playing near his house. The boy got stuck at around 25 feet after felling inside the well but he slipped further down during rescue efforts and is currently stuck at 100 feet into the borewell.

Meanwhile, Tamil Nadu Health Minister Vijaya Bhaskar on Monday said though the rescue operations are in the final stage, the digging is getting difficult due to the presence of hard rocks in the area. Bhaskar said that the original plan was to reach a depth of 90 feet by Monday morning but the hard rocks are hampering drilling efforts and as a result, the digging has reached up to 40 feet.

"Rescue operation is in the final stage. As per the original plan, we should have reached 90ft by now, but the hard rocks are hampering drilling efforts and we have only drilled up to 40ft. Even the heavy machinery that we have on-site are struggling to drill the rocky surface. We are in talks with experts regarding alternate plans of action. We are in the final stage of taking a decision," he said.