PM Modi and President Kovind today extended their greetings to the nation on the occasion of Dussehra. 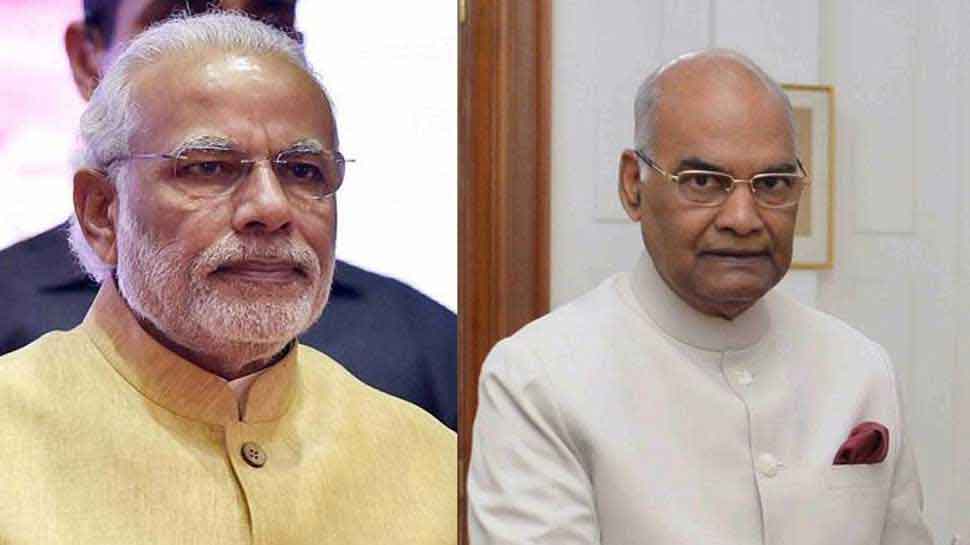 New Delhi: Prime Minister Narendra Modi on Tuesday extended his greetings to the nation on the auspicious occasion of Dussehra.

"Greetings on the auspicious occasion of #VijayaDashami," Prime Minister Modi tweeted alongside a video showcasing his past visits to Dussehra events.

Greetings on the auspicious occasion of #VijayaDashami. pic.twitter.com/V0xjMuzUSL

President Ram Nath Kovind, Vice President M. Venkaiah Naidu and Lok Sabha Speaker Om Birla had on Monday extended greetings to the nation on the eve of Dussehra and said it marks "triumph of truth over untruth" and "victory of good over evil".

The President expressed hope that the festival will inspire people to work towards helping the needy and deprived. "On the auspicious occasion of Vijayadashmi, I extend my warm greetings and good wishes to all my fellow citizens and wish them success, prosperity, and happiness. May this festival inspire us to work for the nation-building and making a society that cares for the needy and the deprived," said President Kovind in a statement.

Naidu said in his message that the festival symbolises victory of good over evil."We need to constantly quell the demonic forces and foster goodness and harmony," he said. He expressed hope that the festival would bring peace, harmony, and prosperity to the country and the world.

Birla said the festival, signifying the victory of good over the forces of evil, symbolizes the values of courage and sacrifice and of upholding the principles of dharma in all stages of life.

"Lord Rama represents the virtues of truth, virtue, and wisdom and on this auspicious day, we must imbibe the teachings of Lord Rama and his universal message of love and brotherhood," he said.

Union Defence Minister Rajnath Singh, who is currently in Paris and will receive the first of the 36 Rafale jets today, also took to the micro-blogging site to greet citizens on the occasion of Dussehra, writing, "Greetings to you on the auspicious occasion of Vijaya Dashmi."