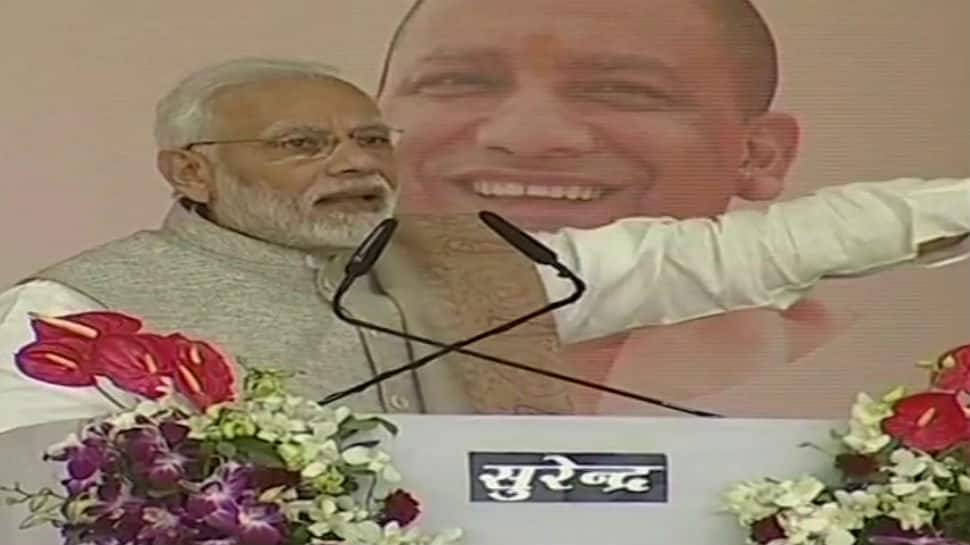 He launched the Gangajal project to provide better and more assured water supply and also laid the foundation stone for an Integrated Command and Control Centre for the Agra Smart City project.

The smart city project is meant to develop the tourism destination as a modern world-class city.

The Gangajal programme will provide Agra with better water supply, benefitting both the residents of the city as well as tourists, officials said.

Besides, the SN Medical College in Agra will be upgraded with a 100-bed maternity wing.

This is Modi's second visit to the city.

During his earlier visit in November 2016, he had launched a housing project, the PM Awas Yojana (Gramin).

Under this scheme, 65 lakh houses have been constructed so far, including 9.2 lakh in Uttar Pradesh, according to the government.

Meanwhile, in a tweet, Samajwadi Party chief Akhilesh Yadav expressed hope that Modi would learn a lesson from his visit to the city of Taj.

"Hope the PM will return from Taj Mahal after learning a lesson of affection and love from it," he tweeted hours before the prime minister's visit.

Yadav also said he hoped that Modi will remember the pain of farmers growing potato, sugarcane and wheat in nearby areas.

"UP was never so far from Delhi that the country's head did not have news about the plight of farmers and traders," he added.