The Jharkhand capital of Ranchi was selected this year as the venue for the main event and it was graced by Prime Minister Narendra Modi who performed yoga there along with the common masses. 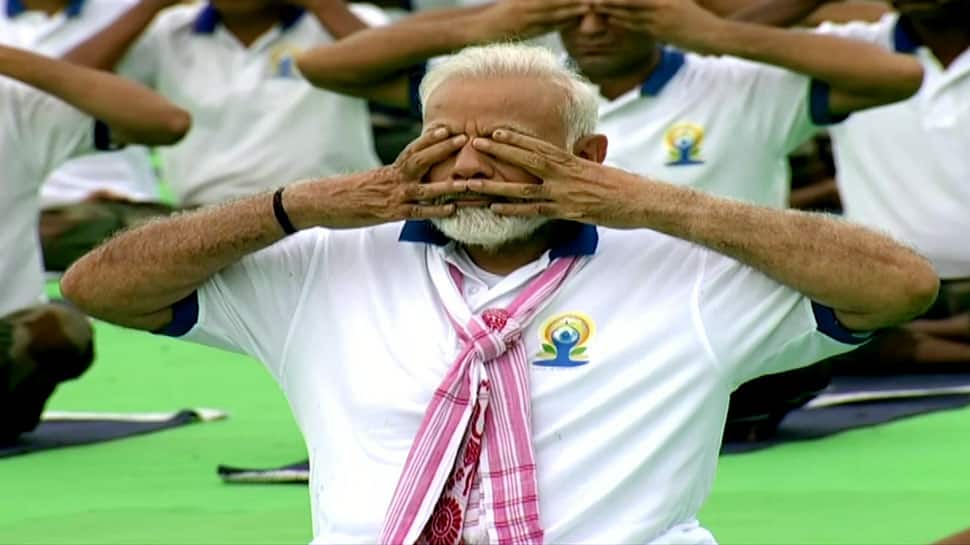 The dawn of Friday witnessed the fifth International Yoga Day, as people across the nation participated in the celebrations with enthusiasm. The Jharkhand capital of Ranchi was selected this year as the venue for the main event and it was graced by Prime Minister Narendra Modi who performed yoga there along with the common masses. PM Modi also urged people to make yoga an integral part of life. 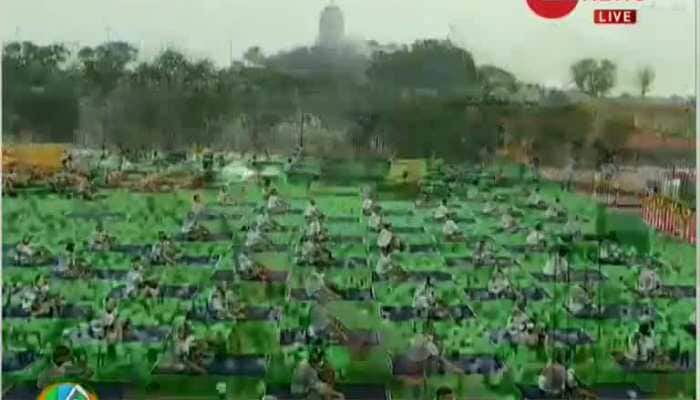 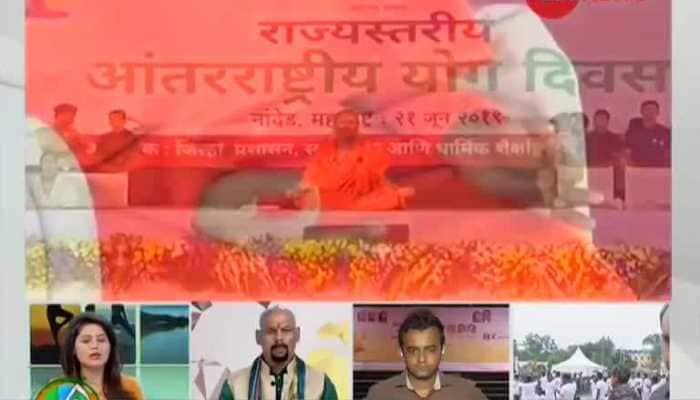 "We should make efforts to take yoga from cities to villages and tribal areas. Yoga is above religion, caste, colour, gender and region, it is above everything," he told the gathering. "It (yoga) is constant and evolving for centuries. The essence of yoga has been stable and remained the same -- healthy body, stable mind, spirit of oneness. Yoga has provided a perfect blend of knowledge, karma and bhakti," the prime minister said.

President Ram Nath Kovind said the event is a way to make it an integral part of everybody`s life. "International Day of Yoga is being celebrated at Rashtrapati Bhavan since 2015. I am happy that like previous years, this year too we are celebrating Yoga Day here. It`s not just an event, it`s a way to make yoga an integral part of our life," the President said at Rashtrapati Bhavan in the national capital. Vice President M Venkaiah Naidu recommended making yoga part of school curriculum and said doing so is necessary in the wake of changing lifestyles and growing incidence of non-communicable diseases.

Several events to mark the day were also held across the country with many of them being led by Union ministers, including Amit Shah, Rajnath Singh, Smriti Irani and Harsh Vardhan.

In the national capital, the celebrations played out at several venues -- from the sprawling Rajpath and the lawns of Red Fort to municipal parks, hospitals, gardens and offices with thousands of enthusiastic Delhiites performing asanas. Singh along with Delhi Lt Governor Anil Baijal, Environment Minister Prakash Javadekar and senior BJP leader Meenakshi Lekhi rolled out mats and took part in the celebrations by performing asanas at the majestic Rajpath. Bharatiya Janata Party (BJP) working president J P Nadda performed yoga, along with other party leaders and workers, at a park opposite the headquarters of the party on Deen Dayal Upadhyaya Marg. Union minister Ravi Shankar Prasad led celebrations at Hauz Khas, Piyush Goyal in Lodhi Garden, Harsh Vardhan at Kudesia Garden in Civil Lines, Smriti Irani at Dada Dev Ground in Raj Nagar and Thawarchand Gehlot in Sangam Vihar, among others.

The defence and paramilitary forces also took part in the event with enthusiasm. The Indian Army performed yoga at the Line of Control (LoC) in Jammu and Kashmir. Taking to the social media platform, Instagram, it posted pictures of practising yoga. "Every day is Yoga Day. Our fit & fearless soldiers practise Meditation Yoga to remain physically fit and mentally robust even on operational areas on Line of Control," read the post.

Troops of Assam Rifles, CRPF, Police and civilians performed yoga at the Indo-Myanmar border despite bad weather and rain. The Indian Army personnel deputed at several posts in the Himalayas also performed yoga.

The air warriors of the Indian Air Force (IAF) also enthusiastically participated at the event celebrated in the Headquarters Maintenance Command. Airwarriors and their families also performed yoga at the Air force Station in the national capital. Taking to Instagram, the IAF put up a post saying, "Life of an Air-warrior is thrilling, exciting, sometimes tough but always exhilarating. Regular practice of YOGA provides multiple rewards to the practitioner. Air-warriors join #IDY2019 to be a part of fit India."

Calling yoga a routine, the IAF said, "The Air-warriors practise Yoga before days activities. Yoga has immense benefits & the air-warriors do it as a routine."

The Western Naval Command has celebrated the event, onboard Viraat, the decommissioned aircraft carrier that was once the flagship of the Indian Navy. Traditionally, Western Naval Command (WNC) has always encouraged its Officers and men to pursue and excel in sports, adventure and physical fitness. The WNC has adopted the philosophy of Yoga - From Fitness to Wellness - to achieve synergy of mind, body, emotions and energy towards a healthy and happy living.

The Indo-Tibetan Border Police (ITBP) troops on the occasion performed yoga in some of the most difficult terrains in the country. The ITBP troops of the ATS Lohitpur, where the sun rises first in this eastern most tip of Arunachal Pradesh, commemorated this day before the break of dawn. Both men and women personnel performed yoga at 14,000 ft near Rohtang Pass on a snow-covered slope at minus 10 degree temperatures.

In a first of its kind yoga celebration, the iconic UN General Assembly hall reverberated with chants of 'Om', 'Shanti' as UN officials and diplomats joined hundreds others to commemorate the event with the underlying message of yoga's valuable contribution in addressing climate change and promoting tolerance and peace.

The General Assembly hall, where world leaders come together every year for the high-level UN session, was packed with UN diplomats, officials, yoga gurus and practitioners, children and people from various backgrounds as India's Permanent Mission to the UN organised the commemoration of the event. It was the first time a grand yoga event was held inside the iconic UNGA hall, five years after Prime Minister Narendra Modi first proposed to mark June 21 as International Yoga Day in his 2014 address to the annual General Debate from the famed General Assembly podium.

Yoga represents aspirations of the people from India and China that it is beneficial to work together in spirit of "friendship and cooperation", Indian envoy Vikram Misri said as he along with a large number of Chinese yoga enthusiasts here marked the fifth International Yoga Day. Hundreds of thousands of yoga enthusiasts across China rolled out their mats on Friday to participate in colourful yoga events here to mark the yoga day.

Balloons along China border not for spying on India, claims Global Times