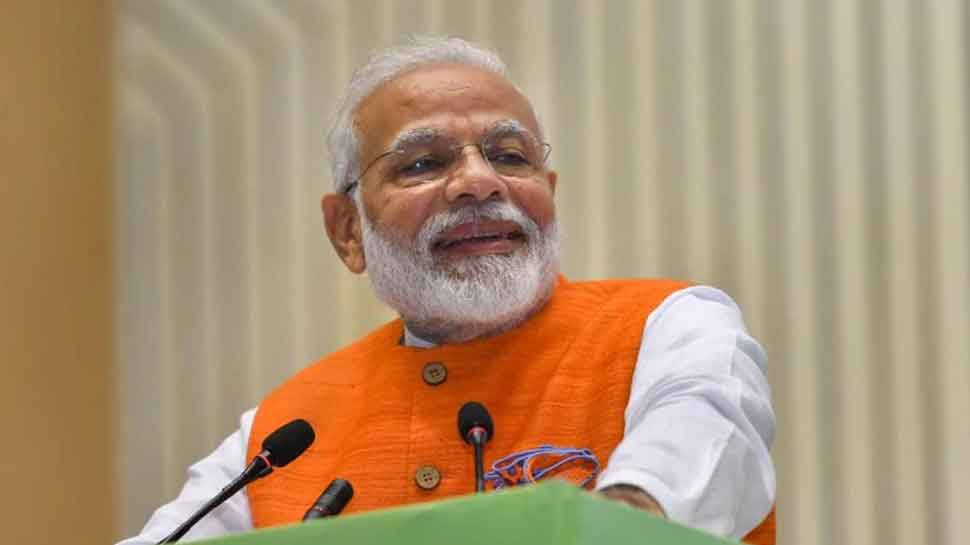 Riyadh: Prime Minister Narendra Modi who delivered the keynote address at the Saudi Arabia`s flagship annual investor meeting recently has been lauded as "one of the best" leaders in the world by billionaire founder and influential global investor Ray Dalio.

"In my opinion, Indian`s Prime Minister Modi is one of the best, if not the best, leaders in the world," Dalio posted on his official Twitter account on Thursday.

Dalio founder, co-chairman and co-chief investment officer of Bridgewater Associates conducted an on-stage discussion after Prime Minister Modi`s keynote address at the third iteration of the Future Investment Initiative (FII) event, which is also known as the "Davos in the Desert" as it draws high profile participants including political leaders from various countries.

The American billionaire investor posted on Twitter a video of his sit-down discussion with PM Modi.

"I had an opportunity to explore with him how he thinks as well as what he thinks," Dalio tweeted about his conversation with the prime minister on October 29.

The hedge fund billionaire Dalio, who has talked about learning how to meditate after being influenced by the Beatles who studied it in India in the 1960s, quizzed the prime minister about his meditation practice, his thought process and how that pertained to looking at the world itself.

"Meditation plays a vital role in having balanced thoughts a balanced life and the right view of the world" responded Modi who pointed out that holier than thou attitude and the attitude of demeaning others has become the cause of struggles and true thinking can help in finding a way out of conflicts.

''You have brought something like 500 million toilets and you have brought water and you will bring water to all of those people and you are changing their wellbeing in a united way. You are creating an economy that is making a great deal of progress for all of the people in a broader way," Dalio said.

When asked about his views on the emerging world order, Modi said the world had changed from being "bipolar" to `multi-polar` with an increasing significance of small countries.

"Today the world has changed. We have a multipolar world today. Every country in the world is interdependent and interconnected. The manner in which the world was viewed three to four decades back has changed. We will have to change our thinking," said Modi."

In today`s world, the importance of smaller countries are also increasing. We may have any ideology -- socialist or capitalist -- but ultimately we have to see what we are contributing towards humanity," he said.

"Once the power of a nation was judged by the land that remained under its control and nations followed the expansionist policy. Now the strength of a nation is on the basis of new innovations, technology interventions and so on. We have to work for the vertical growth," he said."

To maintain a balance between human values and technology is a challenge," added Modi, who was responding to questions about the emerging challenges in the world.

Dalio sought Modi`s opinion on ongoing conflicts in the world that of trade, technology capital and currency conflict as well as the geopolitical conflicts going on. "We don`t have a world organisation or world rule book. I have to be a pragmatist and you are having to be a pragmatist. How will we world together? How will that play out in your mind?" Dalio asked.

In his keynote address, Prime Minister Modi had pressed for the reform of the United Nations while expressing regret over some countries using the global body as a "tool" rather than an "institution" to resolve conflicts.

Responding to the billionaire investor`s question Modi pointed out that the reasons for waging war in the current times have increased and digging new arenas for war is a sign of mankind`s weakness.

The Prime Minister said, "unfortunately we failed to develop the UN as an institution for conflict resolution." Even after 70 years the UN has failed to bring about change as desired and that nations should look to reform the UN structure, Modi said.

Dalio ended the conversation by thanking the prime minister for the talk and for what he was doing as a leader of India.