The three proverbial principles, "see no evil, hear no evil, speak no evil", comes from the three famous monkeys from 17th century Japan. 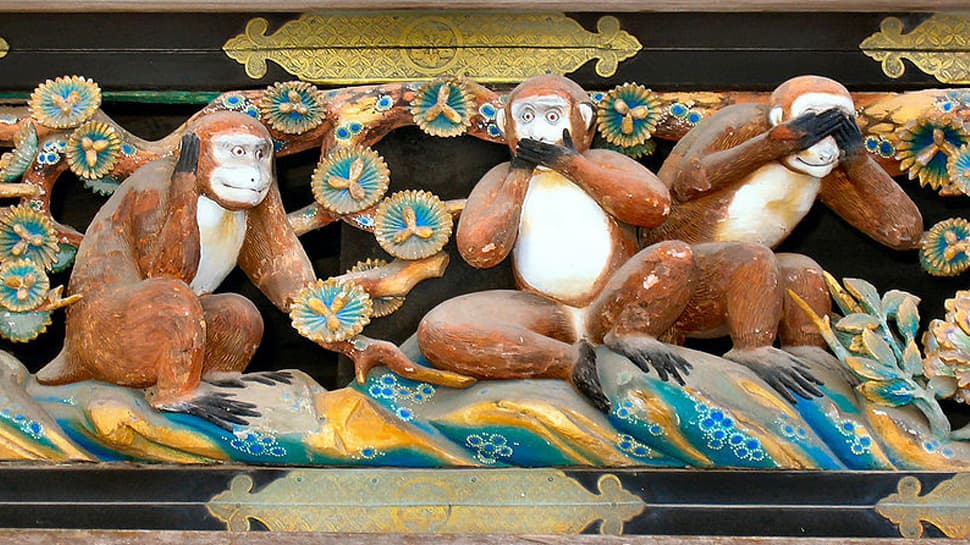 Addressing the Indian diaspora at Kobe in Japan, PM Modi said the famous monkeys which convey the message against evil is known to everyone but very few know that the pictorial maxim found their origin was in Japan.

These three monkeys were found in a carving above a door of the famous Tosho-gu shrine in the 17th-century in the Japanese city of Nikko. The carvings were done by Hidari Jingoro, and believed to have incorporated Confucius’s Code of Conduct, using the monkey as a way to depict man’s life cycle. A considerable number of stone monuments can be found all over the eastern part of Japan around Tokyo.

The saying in Japanese is mizaru, kikazaru, iwazaru which translates to "see not, hear not, speak not", where the suffix, zaru, is a negative connotation. The shrine at Nikko is a Shinto shrine, and the monkey is an extremely important being in the Shinto religion.

After incorporating it in his teachings, Gandhi also had a small statue of the three monkeys whom he had named Bapu, Ketan and Bandar.

PM Modi is in Japan to attend the G20 Summit to be held in Osaka from Friday.