The PM had planted saplings in Parliament as part of a tree plantation campaign initiated by Lok Sabha Speaker Om Birla on July 26. 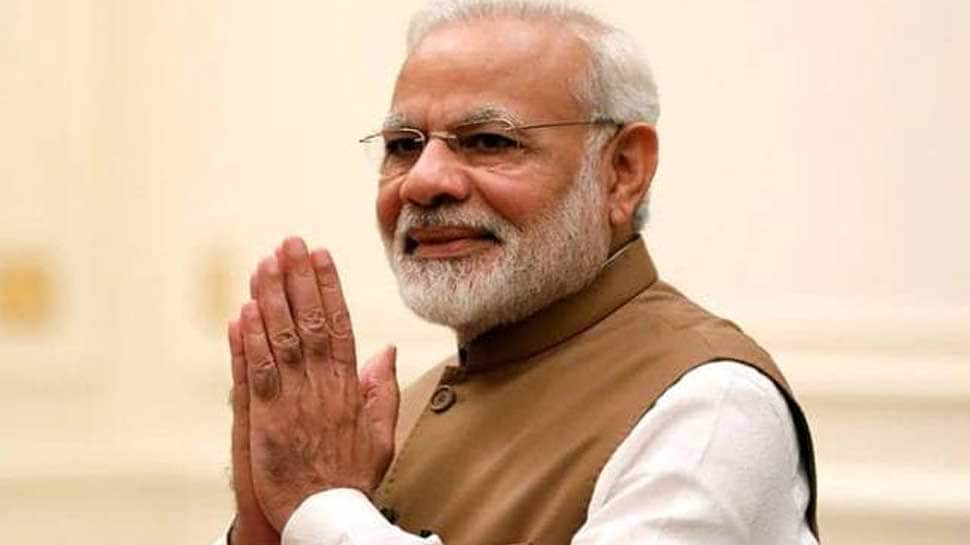 On July 26, which is celebrated every year as Kargil Vijay Diwas to commemorate the success of Indian Army's 'Operation Vijay', the PM had shared some unseen and unforgettable pictures of his Kargil visit in 1999.

''During the Kargil War in 1999, I had the opportunity to go to Kargil and show solidarity with our brave soldiers. This was the time when I was working for my Party in J&K as well as Himachal Pradesh. The visit to Kargil and interactions with soldiers are unforgettable,'' PM tweeted.

During the Kargil War in 1999, I had the opportunity to go to Kargil and show solidarity with our brave soldiers.

This was the time when I was working for my Party in J&K as well as Himachal Pradesh.

The visit to Kargil and interactions with soldiers are unforgettable. pic.twitter.com/E5QUgHlTDS

Speaker also expressed his desire of making the country an example of healthy living and rich-green environment.

"Whenever people think of a green environment, India should be the country which comes in their minds," he said.

Among others present during the programme were Union Home Minister Amit Shah, Defence Minister Rajnath Singh, and Minister of Environment, Forest and Climate Change, Prakash Javadekar.

On Friday, the 20th anniversary of Kargil Vijay Diwas was observed across the nation to commemorate the success of ''Operation Vijay'' which was launched by the Indian Army to recapture the strategic Indian territories held by the Pakistani intruders in the Kargil-Drass sector in 1999.

On the occasion, the fallen brave sons-of-the-soil were remembered at the Kargil War Memorial at Dras in Kargil district of Jammu and Kashmir with all the three service chiefs as well as the former Army veterans and kin of soldiers participating.

IAF chief and Chairman, Chiefs of Staff Committee, Air Chief Marshal BS Dhanoa, was the first to pay tributes to the martyrs of Operation Vijay at the memorial by laying a wreath, followed by observation of two minutes silence by all present.

Proceedings of the day began with wreath-laying by senior dignitaries at the imposing Kargil War Memorial located at the foothills of the Tololing feature. This was followed by flagging-in of the "Victory Flame" by General Rawat and its "merging" with the "Eternal Flame" at the Memorial.

The Victory Flame was lit by Defence Minister Rajnath Singh on July 14 from the Eternal Flame at the National War Memorial in New Delhi and reached Dras after having being carried in relay across a distance of over 1,000-km through major cities and towns in north India.

President Ram Nath Kovind paid tribute at Badami Bagh Cantonment in Srinagar on the occasion of Kargil Vijay Divas. The President was earlier scheduled to visit Kargil War Memorial in Dras. However, the visit was called off due to bad weather.

Since 1999, July 26 is celebrated as the Kargil Vijay Diwas every year to commemorate the victory of Operation Vijay. While the 60-day long war resulted in the loss of several lives on both the sides, India eventually won the unofficial war by regaining control of all the previously held territory, re-establishing the status quo.

The 20th anniversary of Operation Vijay was observed across the nation with the theme of "Remember - Rejoice - Renew" by remembering the martyrs and by revisiting their sacrifices to instil pride and respect, rejoicing by celebrating the victory and renewing the resolve to safeguard the honour of the tricolour.