PM Narendra Modi is expected to inaugurate the first-ever Seaplane service in Gujarat on October 31 – the first seaplane to fly from Sabarmati riverfront to Statue of Unity. 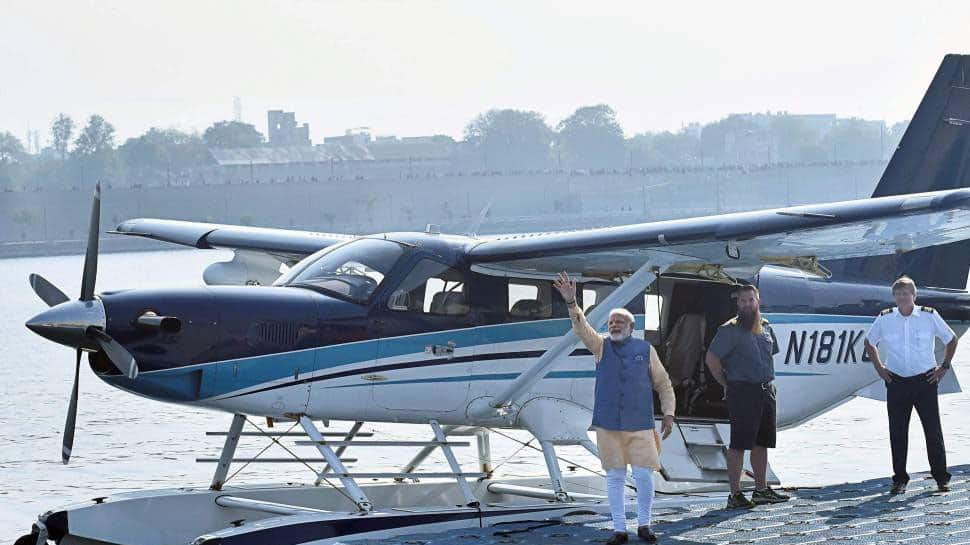 NEW DELHI: PM Narendra Modi is expected to inaugurate the first-ever Seaplane service in Gujarat on October 31 – the first seaplane to fly from Sabarmati riverfront to Statue of Unity.

The inaugural flight will take off from Sabarmati Riverfront in Ahmedabad to the Statue of Unity in Kevadia Colony in Narmada district.

The Gujarat government had earlier announced that the first-ever seaplane service in the state will begin from October 31 –  the birth anniversary of Sardar Vallabhbhai Patel.

According to a Gujarat government release, “the first-ever seaplane services in Gujarat will provide seamless and affordable air connectivity from Sabarmati Riverfront, Ahmedabad to the Statue of Unity, Kevadia.’’

This will also be the first of its kind of Sea Plane service in the country. It will be managed by private airline SpiceJet which will operate a 19-seater plane, which will be able to accommodate 12 passengers.

“There will be four flights a day between Ahmedabad and Kevadia on each side — which means four arrivals and four departures. The ticket price per person will be about Rs 4,800.

Anyone wishing to cut down on their travel time between Ahmedabad and Kevadia which currently takes about four hours one way, can do so by turning it into a day’s trip. Return tickets can be booked on the seaplane to ensure that the passengers can return to Ahmedabad from Kevadia during the day.

The journey by seaplane will be about one hour, according a Gujarat government official said.

PM Modi is likely to be visiting Gujarat around that time to celebrate the birth anniversary of Sardar Patel – his birthday is celebrated as ‘Rashtriya Ekta Divas.’ PM Modi had taken a seaplane flight from Sabarmati Riverfront in Ahmedabad to Dharoi in December 2017, ahead of the Gujarat assembly polls that year.