PM Narendra Modi to leave for UAE on two-day visit from France on Friday, here's his schedule

Prime Minister Narendra Modi, who is on a three-nation tour, will depart for the UAE on Friday on a two-day visit after completing the first leg of his tour in France. 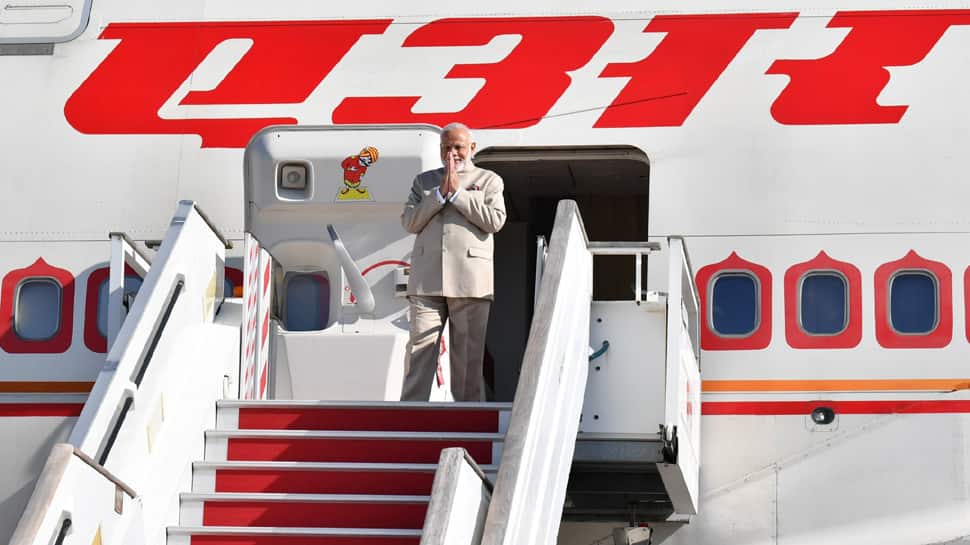 Paris: Prime Minister Narendra Modi, who is on a three-nation tour, will depart for the UAE on Friday on a two-day visit after completing the first leg of his tour in France.

PM Modi arrived in France on Thursday for the fifth time to hold bilateral talks with his French counterpart Edouard Philippe and French President Emmanuel Macron. On day one, PM Modi held a bilateral meeting with French President Macron and discussed on issues ranging from climate change, cybersecurity, defence and space cooperation to Paris backing New Delhi on Kashmir. Both sides also announced that the delivery of Rafale fighter jets will begin next month.

On day one of his visit, PM Modi is scheduled to have breakfast with his French counterpart Edouard Philippe at 9 am (Indian Standard Time). PM Modi will hold bilateral talks with French PM during their breakfast.

Following this, PM Modi will be addressing the Indian diaspora from the UNSECO's headquarters in France. PM Modi would also call on Audrey Azoulay, Director-General of UNESCO during his visit to the headquarters at 10 am. Later PM Modi is scheduled to call on Milena Salvini, Italy-born French national who was honoured with the Padma Shri in 2019. She was recognised for her contribution to the classical art form of Kathakali.

After wrapping up his visit to UNESCO, PM Modi would leave for Abu Dhabhi from Paris. The PM is scheduled to reach the Abu Dhabi Presidential Airport for his third bilateral visit to UAE on the second leg of his five-day visit of three countries.

During his visit to the Gulf nation, PM Modi would receive the highest civilian award of the United Arab Emirates (UAE) — Order of Zayed, which was conferred to him earlier in 2019 in recognition of his leadership in giving a big boost to bilateral relations between India and the UAE.

After his visit to UAE, PM Modi would then depart for Bahrain on Saturday return to France to attend the G7 Summit on Sunday (August 25).

US President Donald Trump will reportedly hold discussions on the Kashmir and the human rights issue with PM Modi when the two leaders will meet at the G7 Summit in Biarritz, France.