PM Modi will also receive the highest civil decoration of the UAE, Order of Zayed, which was conferred on him earlier in April 2019. 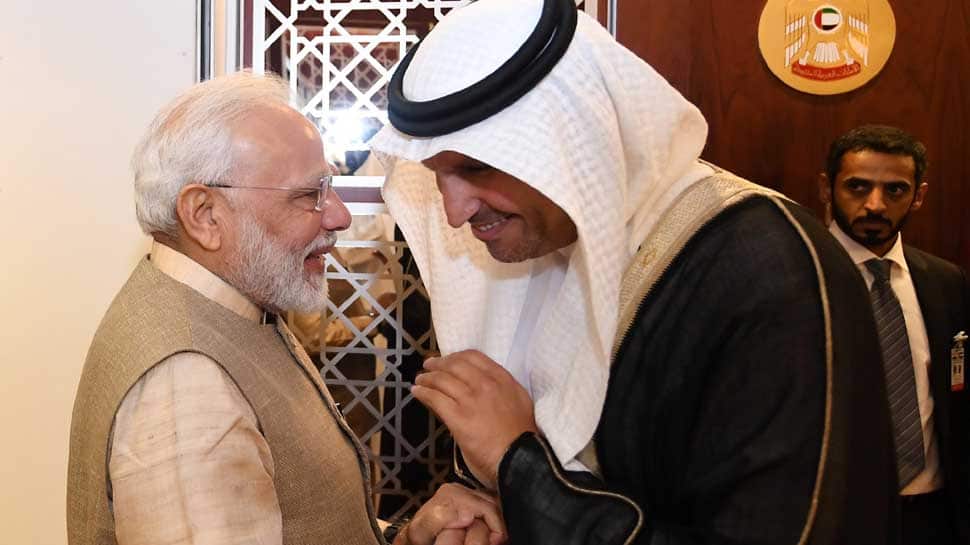 DUBAI: Prime Minister Narendra Modi, who arrived in Abu Dhabi in the United Arab Emirates (UAE) late on Friday on a two-day visit after completing the first leg of his tour in France, will receive UAE's highest civilian award on Saturday. PM Modi is on a three-nation tour with France being his first stop, followed by UAE and Bahrain.

While departing for UAE, PM Modi thanked the Government of France for their hospitality.

My visit to France has been a successful one. We have discussed numerous issues, that would strengthen relations in existing sectors and enhance cooperation in newer areas. I thank the people and Government of France for their hospitality. pic.twitter.com/xizRWlrAGc

PM Modi will also receive the highest civil decoration of the UAE, Order of Zayed, which was conferred on him earlier in April 2019.

The award is named after Sheikh Zayed bin Sultan Al Nahyan, the founding father of the UAE and acquires special significance as it was awarded to him in the year of the birth centenary of Sheikh Zayed.

PM Modi is also scheduled to interact with the Non-Resident Indians (NRI) at 12.15 PM after which he will launch the RuPay Card. He will be initiating work for early adoption of the RuPay card that will help Indian tourist and businesses. After Singapore and Bhutan, UAE and Bahrain will be soon adopting the RuPay card.

This will be followed by a ceremonial welcome for PM Modi at 1.30 PM.

After this at 2 PM, PM Modi will receive the 'Order of Zayed', the highest civil decoration of the UAE, which was conferred to him in April 2019 in recognition of his distinguished leadership that gave a big boost to bilateral relations between the two countries.

Recent years have seen a number of high-level engagements between India and UAE. PM Modi first visited the country in August 2015 which was followed by the visit of Crown Prince of Abu Dhabi Sheikh Mohamed bin Zayed Al Nahyan in 2016.

His next stopover will be neighbouring Bahrain, his first visit to that country, at 5.30 pm. Other than meeting the top leadership, he will be addressing the Indian diaspora. There are 350,000 Indian nationals living in the west Asian country. He will also be leading a ceremony for the renovation of the 200-year-old Shree Krishna temple, the oldest temple in the Gulf on Sunday.