Madhav said the speeches made by PM Narendra Modi and Rahul, outside the nation, should be compared. 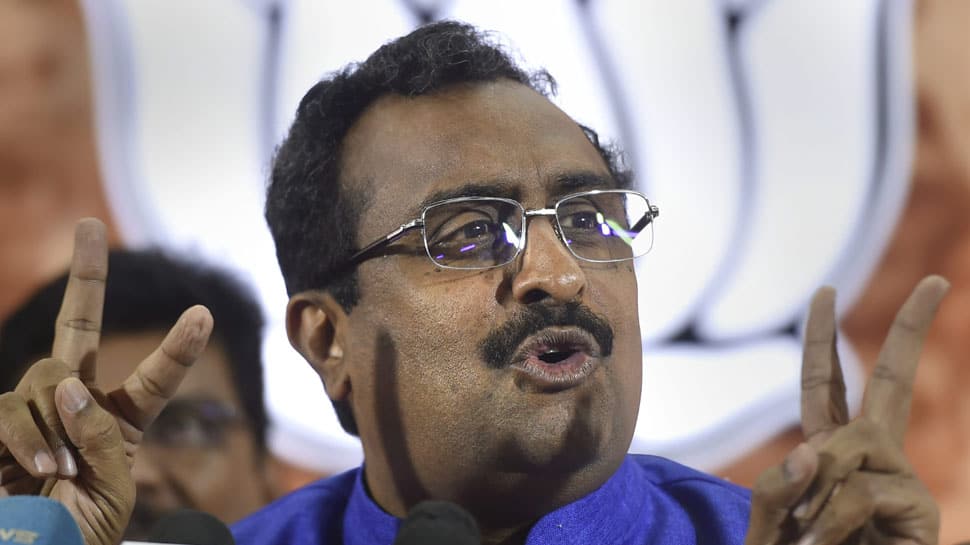 Bharatiya Janata Party (BJP) General Secretary Ram Madhav on Sunday took a jibe at Congress president Rahul Gandhi and accused him of creating a bad impression of India when speaking abroad. Madhav said the speeches made by PM Narendra Modi and Rahul, outside the nation, should be compared. He added that the speeches by PM Modi glorify the nation while those of Rahul create a bad impression of India.

"PM Modi has also gone abroad and we have organised many events outside the country. The speeches should be compared. Our PM says things that glorify our nation while Rahul Gandhi says things that can create a bad impression of India," said Madhav.

Rahul, who is on a two-day tour of the United Arab Emirates (UAE), on Saturday said in Dubai that the results of the parliamentary elections will surprise PM Narendra Modi who "will not understand what has happened". He also accused the Modi government of vitiating the atmosphere of the country, undermining "every single constitutional institution" of the country and taking rash economic decisions such as demonetisation and multi-layered GST which warded off big business from India. He said unlike PM Modi, he would fulfil all his commitments made to the people and restore the credibility of institutions.

Madhav also shrugged off Shiv Sena's allegations that the former party spun a jumla (lie) about constructing Ram temple in Ayodhya. He asserted that the BJP has repeatedly shown commitment towards the construction of the temple. He reiterated that the government has been doing everything possible to make sure that the legal process moves quickly. Madhav accused the Congress of trying to stall the judicial process.

"We've repeatedly shown our commitment to the construction of Ram Temple. Our government is doing everything possible to make sure legal process moves quickly. Congress is trying to stall the judicial process," said Madhav.

Earlier in the day while addressing his party workers in Mumbai, Thackeray criticised PM Modi for failing to construct Ram temple. Thackeray said that the BJP fired a "Jumla" about constructing the Ram Temple.

The Ram Janmabhoomi-Babri Masjid dispute case has been pending before the apex court for last eight years. Parties in the case and various right-wing organisations have been asking for an early or day-to-day hearing for a long time.

On Saturday, PM Modi accused the Congress of creating obstacles in the resolution of Ayodhya issue saying the opposition party does not want a solution. Arguments from politicos came days after the Supreme Court fixed January 29 as the next date of hearing in the Ram Janmabhoomi-Babri Masjid dispute.

A new bench will now be constituted. A five-judge Constitution Bench of the Supreme Court, headed by Chief Justice Ranjan Gogoi, and comprising of Justice SA Bobde, Justice NV Ramana, Justice UU Lalit and Justice DY Chandrachud, at the outset said that there will be no hearing in the case on Thursday adding that only date and schedule will be decided.

Justice UU Lalit recused himself from hearing the case after advocating Rajeev Dhavan, appearing for Muslim parties, pointed out that Justice Lalit had appeared for Kalyan Singh in a related case. There are as many as 14 appeals pending in the apex court against the 2010 Allahabad High Court judgement, delivered in four civil suits.

The Lucknow bench of the Allahabad High Court in its September 30, 2010, verdict ordered that the disputed site be divided into three parts -- one for deity (Ramlala Virajmaan), another for Nirmohi Akhara - a Hindu sect - and a third one, to the original litigant in the case for the Muslims.

The Babri Masjid, built by Mughal Emperor Babur in 1578 in Ayodhya was on December 6, 1992, pulled down allegedly by a group of Hindu activists, claiming that the mosque was constructed after demolishing a Ram Temple that originally stood here. Since then, several hearings have been held in the top court to resolve the issue.