Many MoUs are expected to be signed during PM Modi's visit to the Maldives. 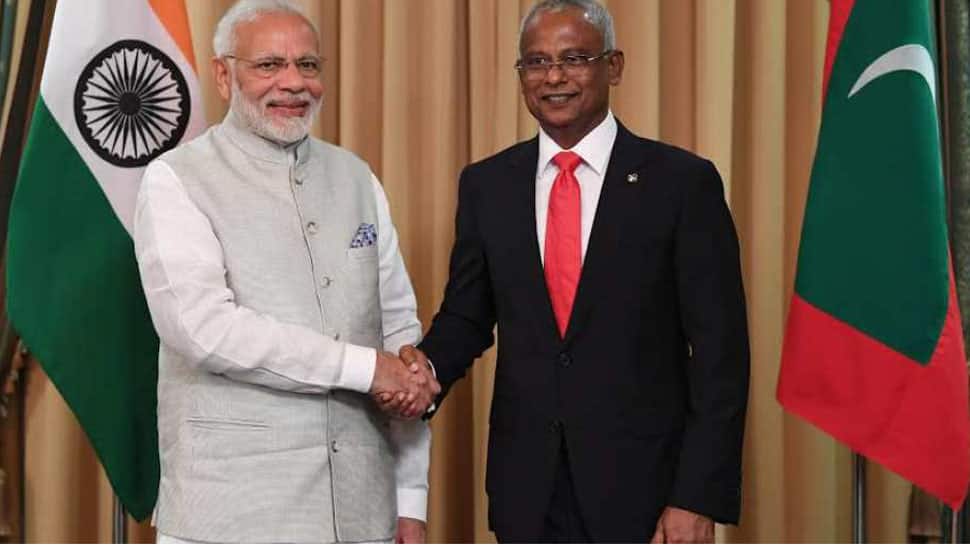 New Delhi: PM Modi, in his first foreign visit after the Lok Sabha election, will be leaving for the Maldives and Sri Lanka on Saturday. This will be an India PM's first state visit to the Maldives in eight years. Former PM Manmohan Singh visited the island nation in 2011.

During the visit, PM will address the Maldivian Parliament, the Majlis and meet the top leadership of the nation. Many MoUs are expected to be signed including training of civil servants, customs and white shipping.

Giving details of the visit, Foreign Secretary Vijay Gokhale said, "The PM's visit is focused on three objectives: Firstly, it is to maintain contact at the highest level between the close neighbours. We want to assist the Maldives as a development partner in the revival and development of there economy and third to strengthen people to people contact"

The Maldives, which is keen to have its own cricket team and a cricket stadium, has asked for Indian government's assistance. India in May sent a team of BCCI members to islands nation to train of Maldivian cricketers and supply kits. India has already provided cricket kits and is expected to coach Maldivian cricketers. India had earlier invited President Solih in April for an IPL match in Bengaluru.

India is planning to start a ferry service from Kochi to the Maldives which the foreign secretary said will "significantly enhance connectivity". India is also working on 14 high impact community projects which involves connectivity within the island, drug rehab centre. The total cost of the project is Rs 50 crore. New Delhi also plans to provide speed boats for students.

Earlier this year, India and Maldives signed a visa facilitation agreement that came to force in March 2018 and New Delhi has pledged budgetary support of $ 200 million, of which $ 50 million has been given in cash and rest $150 in treasury bills. Both countries are finalizing a currency swap agreement. A line of credit of $ 800 million has been granted for water supply and sewerage for 36 islands, a urban development centre in Maldives city Addu and SME development financing project. India has also supported Male's climate change efforts with the grants of LED bulbs.