Several people sustained injuries after police resorted to baton-charge to disperse protesters who were protesting against the citizenship law here on Friday. 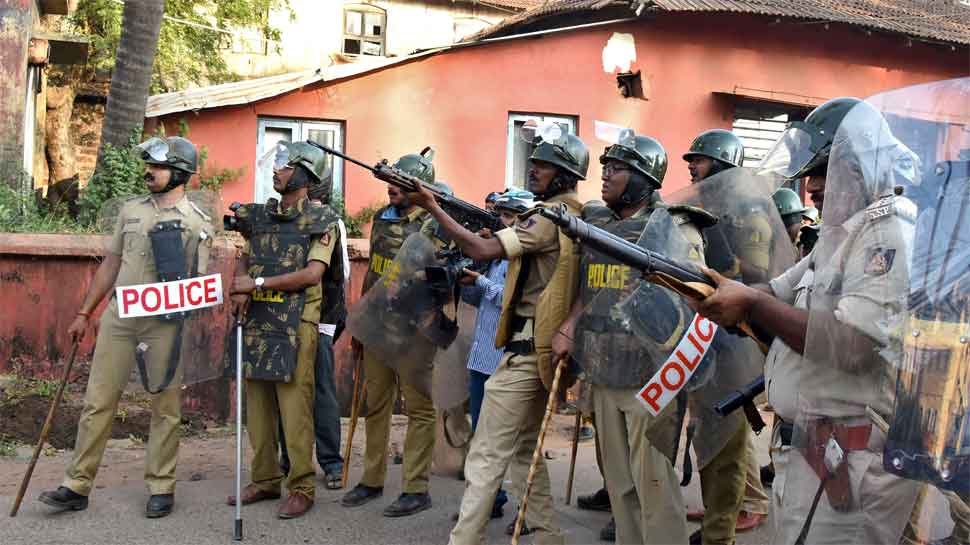 Bahraich: Several people sustained injuries after police resorted to baton-charge to disperse protesters who were protesting against the citizenship law here on Friday.

The police resorted to baton-charge to control the protest at Gantaghar Chowk area when protesters tried to break the barricading put by the police.

Meanwhile, violence has also erupted in the Bulandshahr where police resorted to firing tear-gas shells to control the rioters and a government vehicle was also set on fire.

In Gorakhpur, Protestors and police personnel pelted stones at each other during a demonstration against Citizenship (Amendment) Act and National Register of Citizens (NRC).

Policemen equipped with riot gears, retaliated by throwing the stones back towards the protesters.In the video of the incident, protesters wearing skull caps were seen throwing a stone towards the police party.

Subsequently, the policemen also picked the stones and threw towards the rioters.

Protests erupted in different parts of the country including Uttar Pradesh over the Citizenship (Amendment) Act, 2019, which seeks to grant citizenship to Hindus, Sikhs, Jains, Parsis, Buddhists and Christians fleeing religious persecution from Pakistan, Afghanistan and Bangladesh and who entered India on or before December 31, 2014.