The eight-phased maiden DDC elections commenced on November 28 and so far, voters in 190 constituencies, out of total 280 across 20 districts, have registered their choice. 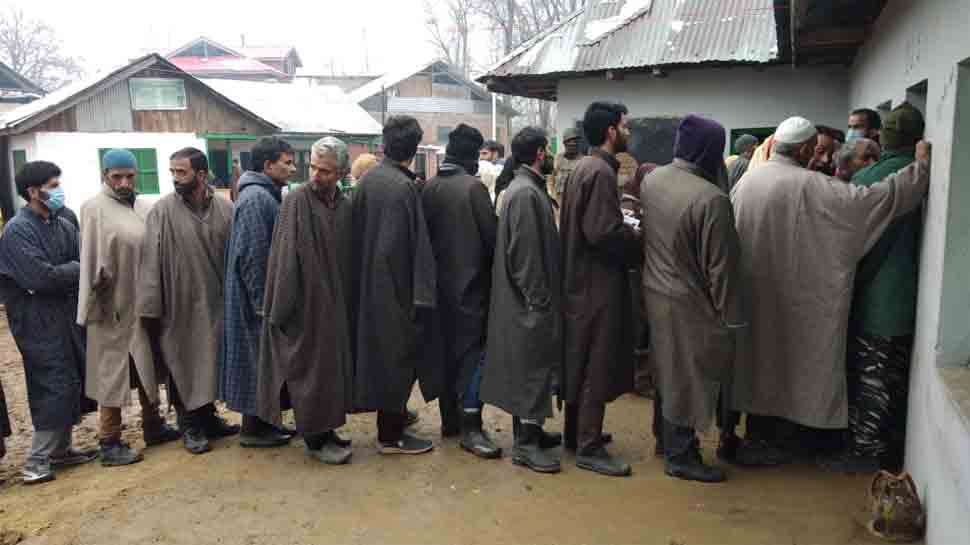 JAMMU: Polling for the sixth phase of District Development Council (DDC) elections in Jammu and Kashmir is underway. According to Election Commissioner K K Sharma, over 7.48 lakh voters will decide the fate of 245 candidates, including 100 women contestants.

The eight-phased maiden DDC elections commenced on November 28 and so far, voters in 190 constituencies, out of total 280 across 20 districts, have registered their choice.

While the first phase on November 28 recorded the highest 51.76 per cent polling, the subsequent phases on December 1, 4, 7 and 10 witnessed 48.62 per cent, 50.53 per cent, 50.08 per cent and 51.20 per cent polling, respectively. The DDC polls are being held along with by-elections to panchayats. This is the first democratic exercise in Jammu and Kashmir since it was reorganised as a Union Territory last year.

The counting of votes in the DDC elections is slated on December 22. In the sixth phase of polling on Sunday, Sharma said the voting would be conducted in 31 constituencies, including 17 in Jammu division and 14 in Kashmir Valley, from 7 am to 2 pm.

"A total of 245 candidates - 145 male and 100 female -- are in fray, including 124 from Kashmir division and 121 from Jammu division, for DDC elections in this phase," Sharma told reporters here.