In his reply to the Rajya Sabha on issues raised regarding the alarmingly high levels of air pollution, Environment Minister Prakash Javadekar on Thursday stressed upon an urgent need for the creation of urban forests to tackle the problem of air pollution. 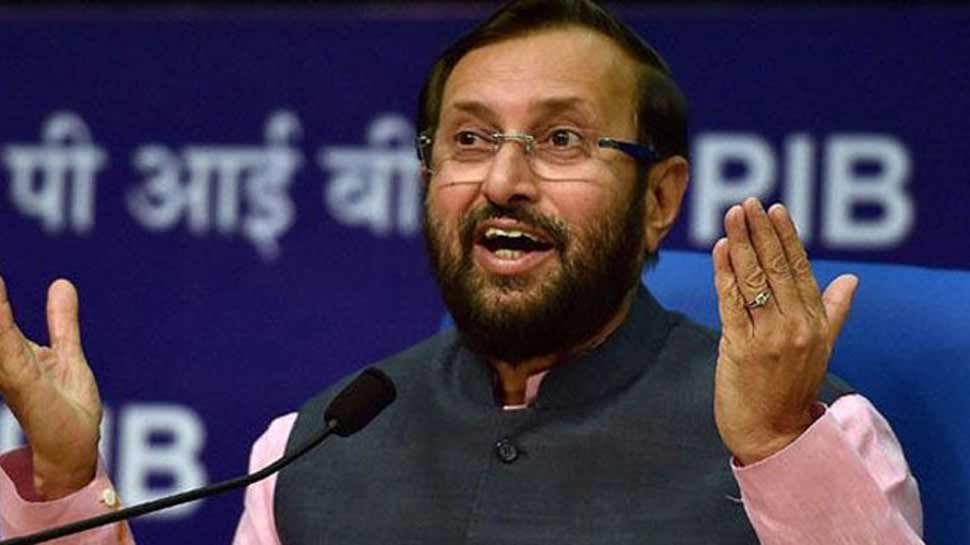 NEW DELHI: In his reply to the Rajya Sabha on issues raised regarding the alarmingly high levels of air pollution, Environment Minister Prakash Javadekar on Thursday stressed upon an urgent need for the creation of urban forests to tackle the problem of air pollution.

Javadekar said that it is important to understand when the wind moves at speed more than 20 kmph, the pollution levels in the air decreases. He pointed out that pollution in the Indo-Gangetic plain is higher than in other places since there are more moisture and dust in these regions. "That is why, in one part of the country the AQI is 40, and at some other part, it is as high as 350 on the same day," the Environment Minister said.

Stressing upon the need of creating urban forests in cities which suffer from high levels of pollution, Javadekar said it will serve as the lungs of the cities. More and more trees must be planted, children in nursery schools must be taught the importance of planting trees, he said.

The environment minister proposed a Jan Andolan or large scale movement where the public takes the initiative to plant trees and students are encouraged in schools to plant saplings and take the responsibility to ensure that their plants grow into trees. He said that anti-firecracker campaign has finally shown its results after 10 years while adding that pollution can be tackled through public participation.

Javadekar further said the Jan Andolan should also include the pollution caused by traffic, which is both noise and air. He said that individuals have to fight the menace together by taking some basic steps such as using environment-friendly fuel and avoiding honking unnecessarily as part of conscious effort.

He cited the example of metro construction where cloth veils are used to ensure that dust pollution caused remains contained.

On Tuesday, members of Parliament had debated for over unprecedented four hours on the issue of pollution and called for urgent new steps to tackle it. The debate also saw some common ground between the members – they agreed on the need for tough measures and for farmers alone to not be blamed for the crisis – and some of the proposals included enhanced financial incentives and a new, dedicated parliamentary committee to oversee anti-pollution policies.

“When the pollution issue occurs every year in Delhi, why is it that no voice is raised from government and this House over this? Why do people need to knock the doors of the Supreme Court every year over this issue? It is a matter of grave concern,” Congress leader Manish Tewari had said, who suggested a new parliamentary panel.

BJP member Pravesh Verma had targeted Delhi chief minister Arvind Kejriwal, accusing his administration of not doing enough to tackle the problem while spending Rs 600 crore on advertisements. “Earlier the CM alone used to cough. Now the entire city and members of the House are coughing,” he said, while the Speaker asked him not to name the CM since the latter was not a member of the House.