Pranab Mukherjee turns 82: A look at his journey to the top office of India

In 2012, Mukherjee was nominated as the presidential candidate of the United Progressive Alliance. He won the election with 713,763 votes, becoming the first Bengali to hold the post of President of India. 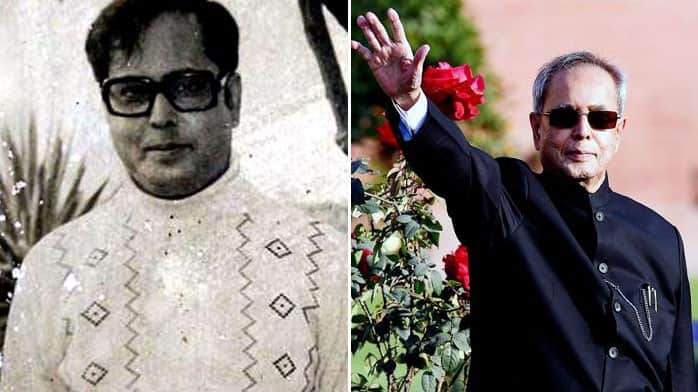 Starting from President Ram Nath Kovind to West Bengal Chief Minister Mamata Banerjee, all took to Twitter to wish 'Pranabda' on his birthday.

Being the President was not exactly Poltu-da's (Pranab Mukherjee's nickname) plan of action in his 48-year-long political career.

In 2015, a secret cable sent to the then US secretary defense Donald Rumsfeld by ambassador David Mulford, described Mukherjee, the then Finance Minister, as the "prime minister-in-waiting".

The cable, a part of Wikileaks, described him with "influence over both government policy and public opinion is rivaled only by that of the prime minister himself. He is, in effect, the deputy prime minister, and we believe he aspires to the top job," the cable reads.

Mukherjee narrowly missed the top post twice: In 1984, immediately after Indira Gandhi's assassination, when Rajiv Gandhi was chosen as the next prime ministerial candidate; and once again in 2004, when Congress chose Dr Manmohan Singh.

Fate, it seems, had other plans.

In 2012, Poltu-da was nominated as the presidential candidate of the United Progressive Alliance. He won the election with 713,763 votes, becoming the first Bengali to hold the post of President of India.

As the 13th president of India, Mukherjee served the nation for a span of five years, retiring in July 2017.

A close confidant of former prime minister Indira Gandhi, the Pranab Mukherjee had a reputation - no one could make him divulge information that he did not want to reveal.

Throughout his career, Poltu-da held several offices including that of finance, defence, foreign portfolios.

Mukherjee's tenure has been called the 'copybook president' - fearless, powerful, pragmatic and a strong negotiator.