For Kumbh Mela, a new temporary city has been set up along Prayagraj, which has 250-km long roads and 22 pontoon bridges. 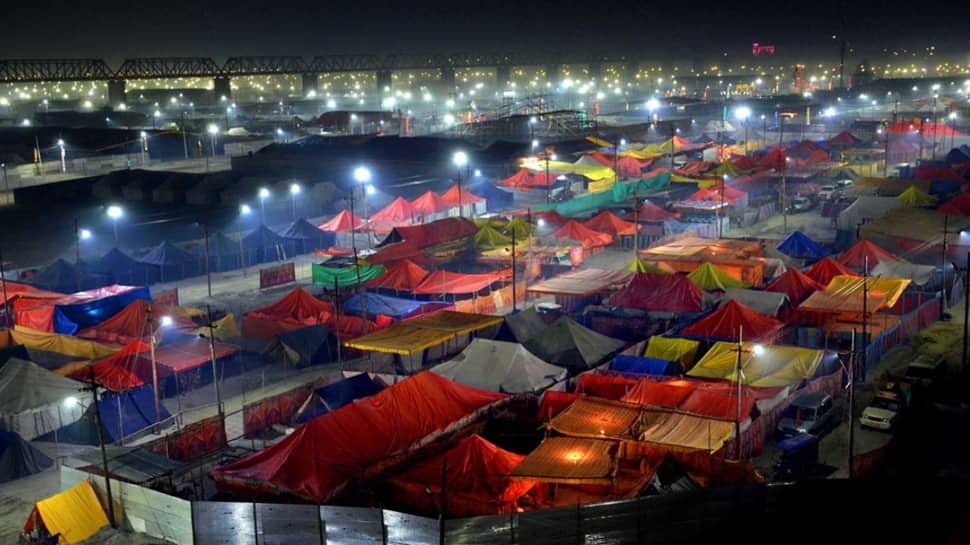 Prayagraj in Uttar Pradesh is all decked up to welcome devotees for Kumbh Mela, which is expected to be attended by people from across the country and more than 5000 NRIs. While Chief Minister Yogi Adityanath-led Bharatiya Janata Party (BJP) government in Uttar Pradesh had earmarked an amount of Rs 2800 crore for Kumbh Mela 2019, the total expenditure, including from other funds, has gone up to a whopping Rs 4300 crore, reported news agency ANI.

For Kumbh Mela, a new temporary city has been set up along Prayagraj, which has 250-km long roads and 22 pontoon bridges. According to news agency ANI, this is the largest temporary city of the world. Besides, more than 40,000 LED bulbs have been installed to brighten up the Kumbh Mela, which has already been included by UNESCO in the list of ‘Intangible Cultural Heritage of Humanity’.

Elaborate security arrangements have also been made for the grand event. The Kumbh Mela will be organised under the surveillance of Integrated Control and Command Centre and CCTV Cameras.

As part of the security arrangements, the Uttar Pradesh Police has deputed more than 20,000 police personnel, who are teetotaller and consume only vegetarian foods.

Speaking to Zee News, Deputy Inspector General of Uttar Pradesh Police, KP Singh, said that only those police personnel, who are teetotaller and do not consume non-vegetarian food, have been involved in Kumbh Mela security.

Singh further told Zee News that all devotees visiting Prayagraj during Kumbh Mela must keep their identity cards handy. He also advised the devotees to keep with them mobile number of a family member, who could be contacted in case of emergency. This will help the police officials in conducting smooth security verification.