The Congress, on Wednesday, formally ushered Priyanka Gandhi Vadra into the party fold on “a mission” to transform its fortunes ahead of the Lok Sabha elections due in a few months. 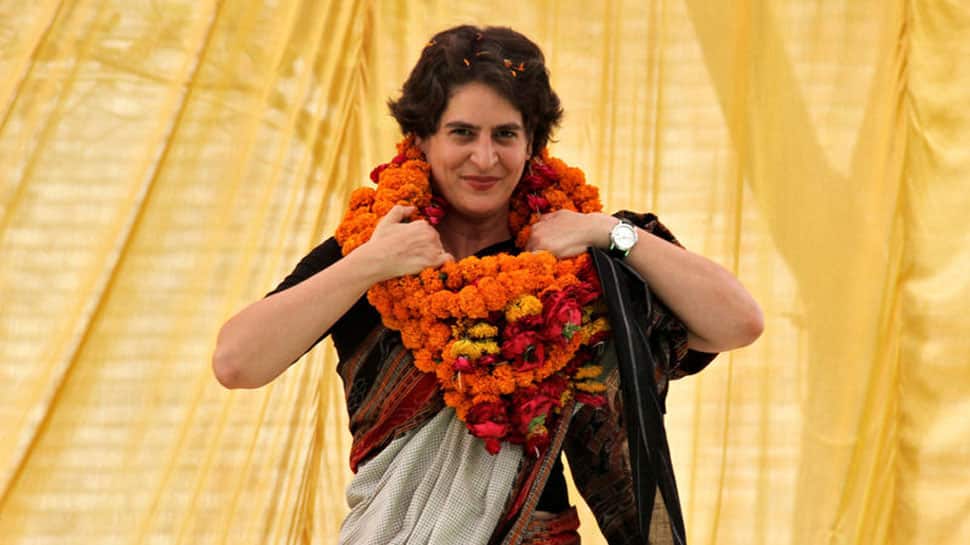 Hyderabad: Calling the speculations that Priyanka Gandhi Vadra can counter Prime Minister Narendra Modi in the upcoming Lok Sabha elections as "premature" decision, political strategist-turned politician Prashant Kishor, on Thursday, said that she should be given a few years after which the people of the country would be able to decide if she is capable of taking the responsibilities.

Kishor, who is the vice president of Janata Dal (United), was reacting to some media reports that said that the timing of Priyanka Gandhi Vadra`s entry into politics shows that she can be Congress` prime ministerial candidate for the general elections. The Congress, on Wednesday, formally ushered Priyanka Gandhi Vadra into the party fold on “a mission” to transform its fortunes ahead of the Lok Sabha elections due in a few months.

Priyanka, whose formal entry into politics has been a matter of speculation for several years, was given the charge of eastern Uttar Pradesh, a state which always plays a key role in the formation of the central government as 80 out of 543 Lok Sabha seats are at stake here. She will be working in the capacity of General Secretary in-charge of Uttar Pradesh East.

In an exclusive interview to ANI, Kishor said: "If we think that any person, be it, Priyanka Gandhi or anyone, can bring about a major change in one of the oldest parties in the country in a limited time span won`t be fair. Priyanka Gandhi Vadra should be given two-three years time and after that, the people of the country can decide if she will be capable of taking responsibilities." Kishor described the appointment of Priyanka Gandhi Vadra as Congress` general secretary for Uttar Pradesh East as "one of the most awaited entries in Indian politics".

"One of the most awaited entries in Indian politics is finally here! While people may debate the timing, exact role and position, to me, the real news is that she finally decided to take the plunge! Congratulations and best wishes to Priyanka Gandhi," the JD(U) vice-president tweeted.

Talking to ANI, Kishor, who has worked as a poll strategist for the Congress in the past, said: "Priyanka`s name was projected before following the ground reports, as many believed she would make a big impact for the party.

"When asked if the brother-sister pair (Rahul and Priyanka) will weigh on Modi-Shah in the Lok Sabha elections, Kishor said: "Prime Minister Narendra Modi and BJP president Amit Shah have been in politics for a long time and BJP is the ruling party of the country. Drawing a direct comparison of BJP with a person who has just entered into politics won`t be appropriate."

The 47-year-old daughter of UPA chairperson Sonia Gandhi and sister of Congress President Rahul Gandhi will take charge of her responsibility as AICC General Secretary from February first week.

Rahul, who made the appointment, said in Amethi that Priyanka has been given “a mission” of creating a “space” for the Congress and push the party’s “true ideology which involves working for the progress of the poor and downtrodden people.”

Describing it as a “big step”, he said Priyanka’s induction “means that the Congress would have its own Chief Minister in UP” besides having an alliance government at the Centre.

Priyanka has off and on campaigned for her mother and brother in Rae Bareli and Amethi Lok Sabha constituencies of Uttar Pradesh but her formal entry into politics has been a matter of speculation for long.

The decision has been taken days after Samajwadi Party (SP) and Bahujan Samaj Party (BSP) decided to contest the upcoming general elections jointly and kept the Congress out of the alliance.

The Congress subsequently announced that it will contest all the 80 seats on its own.

Rahul Gandhi said his sister and another party leader Jyotiraditya Scindia, who was given charge of Western UP, are “powerful youth leaders” who will bring about a change in the situation in the state.

Priyanka will be working in the state for two months ahead of the Lok Sabha elections, Rahul said.

Priyanka and Scindia will present “the right kind of ideology for the poor, for the oppressed people”, he said, expressing hope that “a new kind of thinking and a positive change” will come in UP.

Asked whether his sister would be contesting the polls, he said: “I leave it to Priyanka to decide...Personally, I`m very happy with this decision.”