Justice Ghose, a former Supreme Court judge, was on March 19 appointed as the country's first Lokpal, the anti-corruption ombudsman. 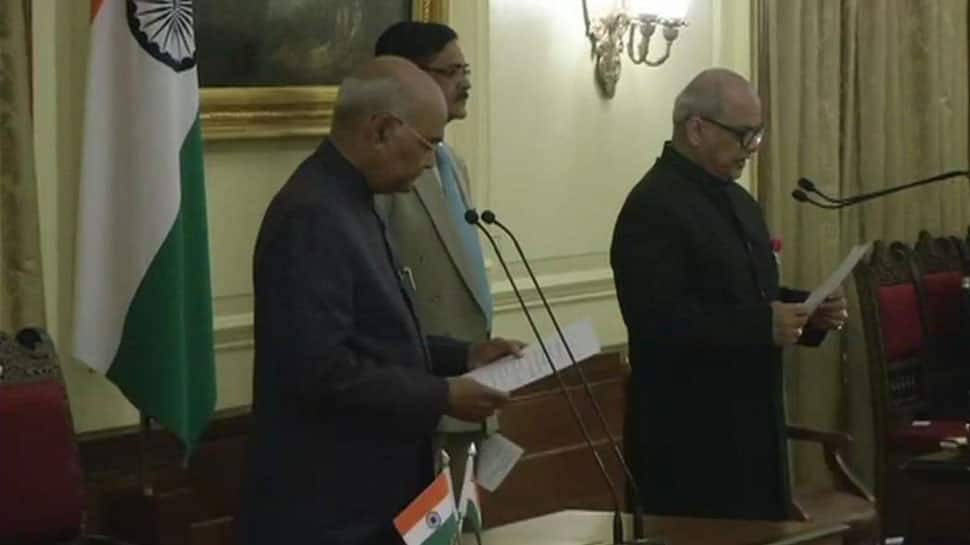 President Ram Nath Kovind on Saturday administered the oath of office to Justice Pinaki Chandra Ghose as Lokpal chairperson. "The oath was administered at a ceremony held at Rashtrapati Bhavan," according to an official statement.

Justice Ghose, a former Supreme Court judge, was on March 19 appointed as the country's first Lokpal, the anti-corruption ombudsman.

66-year-old Justice Ghose retired as SC judge in May 2017. He is currently a member of the National Human Rights Commission (NHRC). He was appointed as the judge of the Calcutta High Court in 1997. Justice Ghose was elevated to the SC in 2013. During his tenure as the Chief Justice of the Andhra Pradesh High Court, Justice Ghose had convicted Sasikala, the close aide of former Tamil Nadu Chief Minister J Jayalalithaa, in a corruption case.

The Lokpal Act was passed in 2013 and it involves the setting up of a Lokpal at the Centre and Lokayuktas in states to probe corruption cases against certain categories of public servants, including current and former prime ministers, union ministers, members of Parliament, government employees and employees of public sector undertakings, and employees of NGOs receiving more than Rs 10 lakh a year in foreign contributions, among others.