As many as 20 passengers were denied boarding passes to board the Air India Delhi-Guwahati flight, with the airline claiming that it was overbooked, passengers alleged on Wednesday. 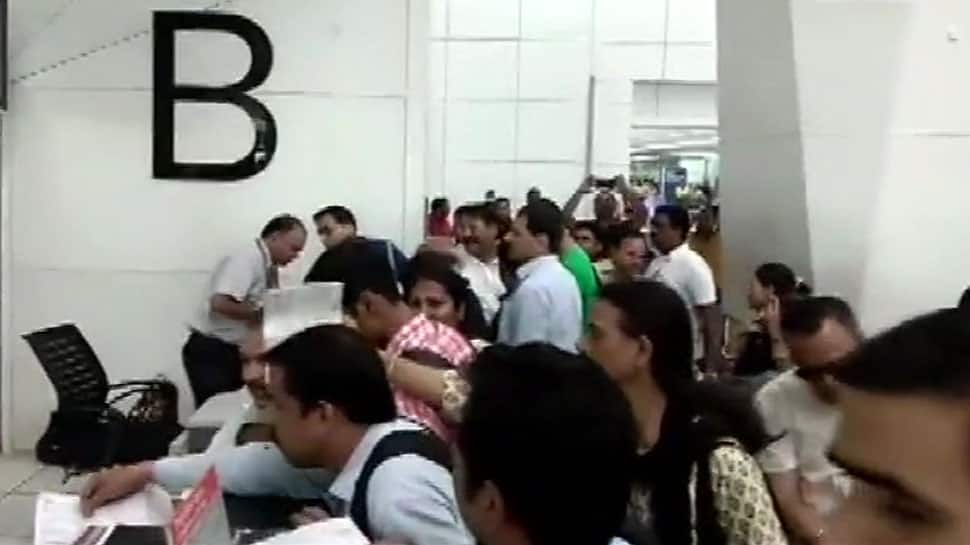 NEW DELHI: As many as 20 passengers were denied boarding passes to board the Air India Delhi-Guwahati flight, with the airline claiming that it was overbooked, passengers alleged on Wednesday.

The incident occurred at the Indira Gandhi International Airport here and passengers who were offloaded started shouting slogans against the national carrier. The flight AI 889 was scheduled to take off for Guwahati at 9:30 am today.

Manoj Kumar Das, one of the 20 passengers who was denied the boarding pass alleged that Air India stopped replying to him after he asked for compensation of cancellation fee he had to shell out for his Vistara return flight.

"Due to this, the trip got cancelled, so the returning flight of Vistara too had to be cancelled. I asked to be compensated for the cancellation fee of Vistara return flight. They have stopped replying," Manoj who was scheduled to travel to Guwahati along with two other passengers said.

A response from Air India is awaited.