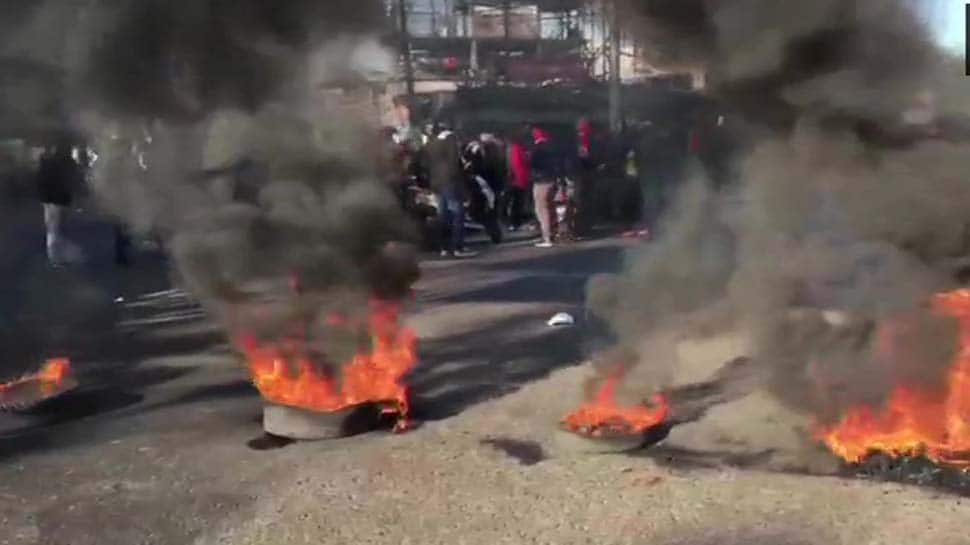 Massive protests broke out in several parts of Assam on Tuesday morning (December 10) against the Citizenship Amendment Bill (CAB), 2019 which was passed in Lok Sabha on Monday (December 9). It is feared that the protests could spill over to other parts of North East too as North East Students’ Organisation (NESO) has called for an 11-hour bandh in North East on Tuesday against the Bill, which will provide Indian nationality to Hindus, Christians, Sikhs, Parsis, Jains and Buddhists fleeing persecution from Pakistan, Afghanistan and Bangladesh.

While Nagaland has been exempted from the purview of NESO bandh due to the Hornbill festival, all the other North-Eastern states will be observing the bandh called by NESO. As many as 16 left-leaning organisations -  SFI, DYFI, AIDWA, AISF, AISA and IPTA have also extended their support to Tuesday’s bandh.

On Monday too, parts of Assam remained tensed with the All Koch Rajbongshi Students’ Union (AKRSU), All Assam Chutia Students’ Union and All Moran Students Union had called for a bandh.

Amid rising protests prohibitory orders under section 144 CrPC have been imposed in two districts of Assam – Sonitpur and Lakhimpur with Assam Police issuing a helpline whatsapp number requesting citizens to prevent spread of any rumours regarding the Citizenship Amendment Bill.

In Manipur, the Governor declared holiday for all government offices, schools and other autonomous bodies in view of the bandh call.

The Citizenship Amendment Bill, 2019, was passed with 311 MPs voting in its favour and 80 against. Union Home Minister Amit Shah gave a detailed explanation after the bill was tabled for discussion and said that it is a part of the Bharatiya Janata Party-led National Democratic Alliance manifesto.

During the debate over the Bill in Lok Sabha, the Union Home Minister said that Manipur will be brought under Inner Line Permit Regime and will remain exempt from the proposed legislation.

''As per the bill, it will not be applicable to the tribal areas of Assam, Meghalaya, Mizoram or Tripura as included in the sixth schedule of the Constitution and in the areas covered under The Inner Line, notified under the Bengal Eastern Frontier Regulation, 1873. Currently, the ILP regime is applicable in Arunachal Pradesh, Nagaland and Mizoram,'' Shah said in Lok Sabha.