Visuals from the spot showed many people seemingly injured during the stone-pelting. Another visual showed a protester assaulting a policeman on duty with a stick. 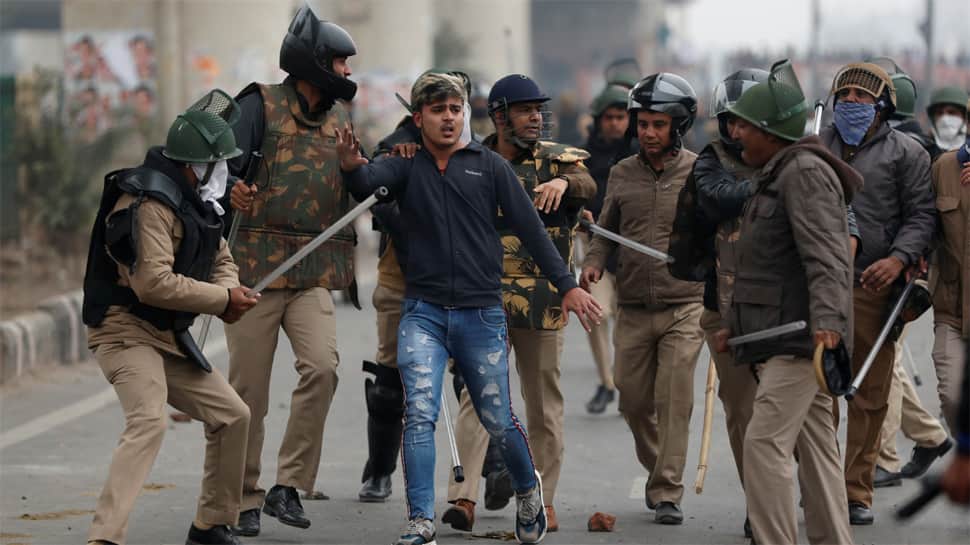 New Delhi: Fresh protests over the Citizenship Amendment Act broke out in the Seelampur area of east Delhi on Tuesday afternoon with agitators pelting stones on vehicles and buses, following which police fired tear gas shells to disperse the mob.

"Violent protest erupted around 1.30 to 1.45 p.m. when the protesters were going back after holding a peaceful protest. But suddenly some miscreants present in that protest then pelted stones on buses following which the police had to fire tear gas shells to disperse the violent protesters," Delhi Police spokesperson Anil Mittal told IANS.

Visuals from the spot showed many people seemingly injured during the stone-pelting. Another visual showed a protester assaulting a policeman on duty with a stick.

According to the Delhi Police, cops did not fire any bullet and used only tear gas shells to control the enraged crowd. Alok Kumar, Joint Commissioner of Delhi Police told IANS, "No bullet has been fired. Only tear gas shells used. The situation is under control now. Some police personnel are injured. 2 public transport buses, 1 Rapid Action Force bus and some bikes damaged during the protest."

In the meantime, Delhi Chief Minister Arvind Kejriwal appealed citizens to maintain peace saying, 'violence in any form is unacceptable'. "I make an appeal to all the citizens of Delhi to maintain peace. No form of violence is acceptable in a civilized society. Nothing can be gained by violence. We should put forth our opinion peacefully," CM said.

The protests were carried out to show solidarity with Jamia Students and against the Citizenship Amendment Act which is the latest flashpoint in the country.