The Bill was passed in the Lok Sabha, following a marathon debate which continued past midnight on Tuesday. After passing in the Lok Sabha, the Bill would now be moved in the Rajya Sabha on Wednesday to cross its final hurdle before becoming a law. 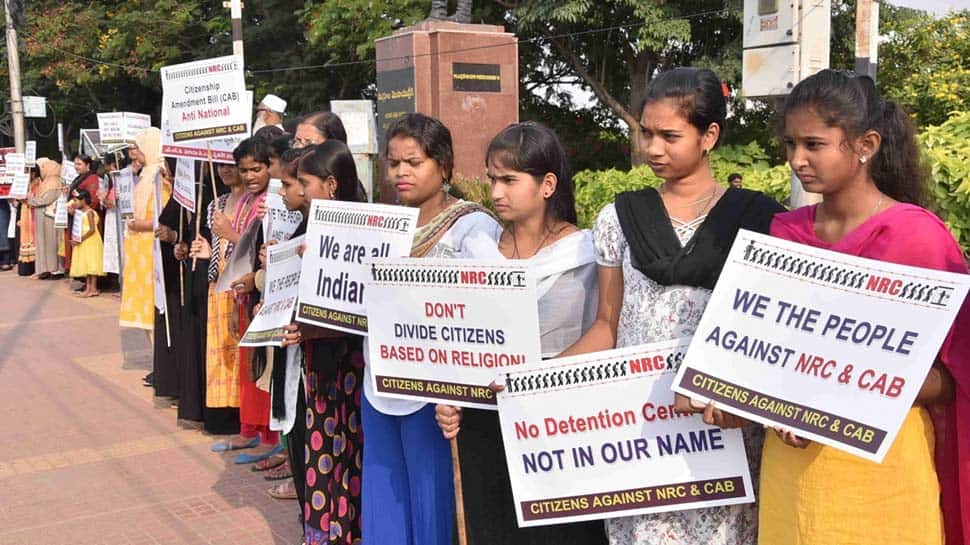 The protests in several parts of North East over the Citizenship (Amendment) Bill 2019 is likely to intensify on Wednesday as several students and other organisations will continue their agitation. Normal life was badly affected on Tuesday across the North East due to the shutdown and agitations organised by various tribal parties and youth organisations over the CAB. The Bill was passed in the Lok Sabha, following a marathon debate which continued past midnight on Tuesday. After passing in the Lok Sabha, the Bill would now be moved in the Rajya Sabha on Wednesday to cross its final hurdle before becoming a law.

In Assam, Section 144 of the CrPC continued to remain imposed in several districts--Lakhimpur, Tinsukia, Dibrugarh and Sonitpur preventing the assembly of more than five persons and any torch rallies or sloganeering. In Tripura, internet services and SMS services will continue to remain suspended for the next 48 hours in the wake of violent protests against the CAB.

The opening of schools and colleges in several parts of northeast is subject to the situation on Wednesday morning. According to the Indian Railways, eight trains have been cancelled and eight others short terminated due to the indefinite 'Rail Roko' by various organisations and associations in Tinsukia division in Assam. Nagaland has exempted from the protests due to the ongoing Hornbill festival.

Massive protests broke out in Assam against the bill on Tuesday even as an 11-hour North East bandh was called by the North East Students' Organisation (NESO). Most shops, markets and other complexes in Assam were closed since 5 am and fewer vehicles were seen on the roads. Sources told Zee Media that protesters are also attacking vehicles that have come out on the roads.

In two separate incidents in Chabua, OC of Chabua Police station got injured and two vehicles of security forces were damaged by protesters. Stones were pelted on a CRPF vehicle which was parked on NH37. In another incident, stones were pelted on a gypsy of Indian Air Force. A loaded truck was also set ablaze in Assam by protesters. The truck was coming from Tinsukia and was en route Guwahati when it was set on ablaze on the NH37 near Dibrugarh University late last night. As many as 4 fire tenders managed to douse the fire at about 3.30 am.

In Tripura, a notice was issued to suspend internet and SMS services in the state following violent protests against the CAB. The notice was issued after the Director-General of Police received reports about rumours being spread about ethnic clashes between tribal and non-tribals in Manu and Kanchanpur area. The state government's notice has been issued as agitators are trying to incite people in the area by circulating messages and fake images via SMS, Whatsaap and other social media platforms.

According to the government statement, the internet and SMS services are being suspended to avoid any law and order disturbance in the state. The government notice stated, ''In order to prevent the misuse of the above mention media to disturb the peace and tranquillity of the entire State and for maintaining the law and order situation, I Shri A.K Bhallacharya, Additional Secretary to the Government of Tripura, Home Department is hereby direct to promulgate this notification under the provision of Section 5(2) of the Indian Telegraph Act, 1885, to prohibit the following types of media for the next 48 hours.''

In Tripura, four policemen and several protesters were injured during clashes between the agitators and the security forces in at least five places in Sepahijala, north Tripura and Dhalai Districts. "The agitators burnt down and attacked some shops in Dhalai and north Tripura districts. Police resorted to lathi-charge to disperse the mob," a police official said in Agartala.

The Bill provides Indian nationality to Hindus, Christians, Sikhs, Parsis, Jains and Buddhists fleeing persecution from Pakistan, Afghanistan and Bangladesh. It was passed in the Lok Sabha with 311 MPs voting in its favour and 80 against. Union Home Minister Amit Shah gave a detailed explanation after the bill was tabled for discussion and said that it is a part of the Bharatiya Janata Party-led National Democratic Alliance manifesto.

During the debate over the Bill in Lok Sabha, the Union Home Minister said that Manipur will be brought under Inner Line Permit Regime and will remain exempt from the proposed legislation. ''As per the bill, it will not be applicable to the tribal areas of Assam, Meghalaya, Mizoram or Tripura as included in the sixth schedule of the Constitution and in the areas covered under The Inner Line, notified under the Bengal Eastern Frontier Regulation, 1873. Currently, the ILP regime is applicable in Arunachal Pradesh, Nagaland and Mizoram,'' Shah said in Lok Sabha.