While the Congress and the JDU have backed the doctors, the RJD has said that the good points in the bill must be considered and strike must be called off. 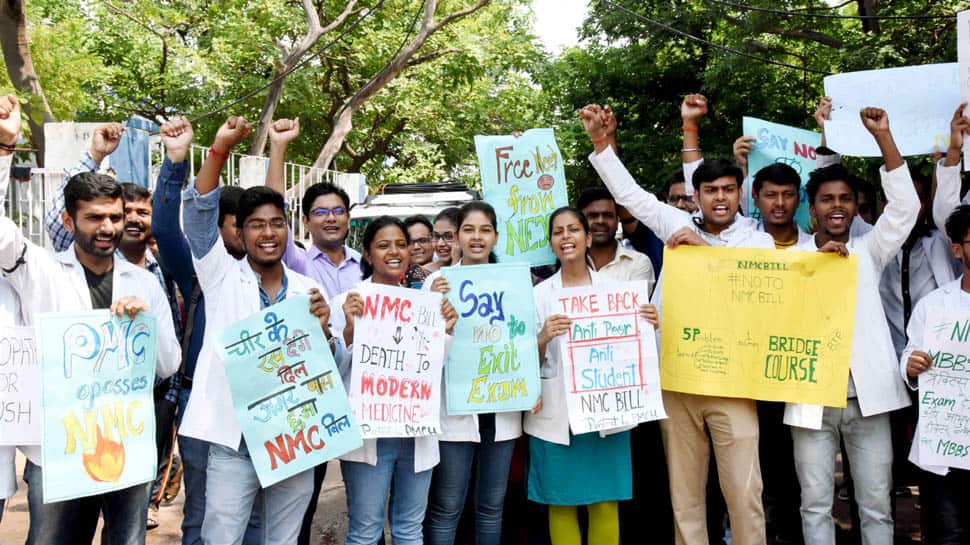 The ongoing strike by doctors over the National Medical Commission Bill has crippled health services, leading to major trouble for common people. In Bihar, junior doctors at All India Institute of Medical Sciences (AIIMS) Patna, Indira Gandhi Institute of Medical Sciences (IGIMS) and Patna Medical College and Hospital (PMCH) have gone on strike. Even the emergency services have been hit at PMCH. And amid the collapse of healthcare, politics has also begun on the issue.

The Congress has come out in support of the striking doctors. Bihar Congress chief Madan Mohan Jha said that the intention of the government is not right. According to Jha, the situation wouldn’t have worsened if the government had good intentions.

The Congress has alleged that the government has brought the bill in a bid to shield its incompetence, adding that it favoured near the doctors nor the common man.

The Janata Dal United (JDU), which is in power in Bihar in alliance with the Bharatiya Janata Party (BJP), also appeared to be backing the stand taken by the striking doctors. JDU spokesperson Dr Sunil said that the NMC Bill was rightly brought as it could check the increasing corruption in the Indian Medical Council.

He, however, added that Prime Minister Narendra Modi-led NDA government at the Centre needs to clarify on several points and win the confidence of medical students. According to the JDU, there is confusion among the medical fraternity over the bill and the same needs to be addressed at the earliest.

The Rashtriya Janata Dal, on the other hand, requested the doctors to end their strike keeping in mind the condition of patients. Shivanand Tiwari of the RJD said that when the bill has already been passed by Parliament, there is no point of staging protests that crippled healthcare system. He said that the issues must be raised on a proper platform, adding that one cannot dismiss the good points in the same.

Backing the bill, the BJP asked the doctors to refrain from having any misconception about it. According to BJP spokesperson Naval Yadav, the government wants that even untrained doctors must be equipped to provide healthcare in remote areas. He said that it won’t affect the importance of an MBBS.

After Amarnath Yatra, Machail Yatra suspended in Jammu and Kashmir over security reasons