PSLV-C47 carrying Cartosat-3 scheduled to be launched on Wednesday at 9.28 am 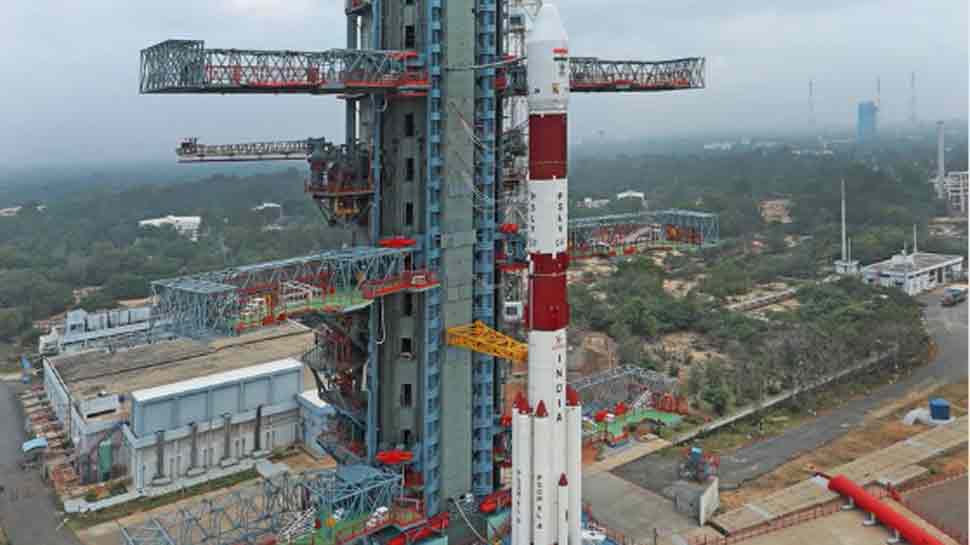 Sriharikota (Andhra Pradesh): Indian Space Research Organisation (ISRO) is all set to launch a third-generation earth observation satellite, Cartosat-3. The PSLV-C47 carrying Cartosat-3 is scheduled to be launched at 9.28 am on Wednesday (November 27).

Giving information about the launch, ISRO tweeted, "PSLV-C47 standing tall at the launch pad in Sriharikota. Less than 16 hours for launch." It further said, "Propellant filling of the fourth stage of #PSLVC47 has been completed."

Cartosat-3 satellite will be placed in an orbit of 509 kilometers at an inclination of 97.5 degrees. The Cartosat-3 was earlier slated to be launched on Monday, but it was rescheduled to Friday.

According to ISRO, the Cartosat-3 is an advanced agile satellite to obtain panchromatic and multispectral imagery with an operational life of five years.

The 44-metre-tall, about 320 ton PSLV-XL is a four stage/engine rocket powered by solid and liquid fuels alternatively. The rocket has six strap-on booster motors to give additional thrust during the initial flight stages.

Since its incorporation in 1992, Antrix Corporation has handled such third party satellite launch contracts, leasing of communication satellite transponders, marketing of data from remote sensing satellites, building and marketing of satellites as well as satellite mission support services, and establishing ground infrastructure for space applications.