Sidhu resigned today (September 28) as Punjab Congress' chief. Meanwhile, just over a week ago, the maverick-triggered political developments saw one of the party's tallest leaders Amarinder Singh forced to quit as chief minister of the state 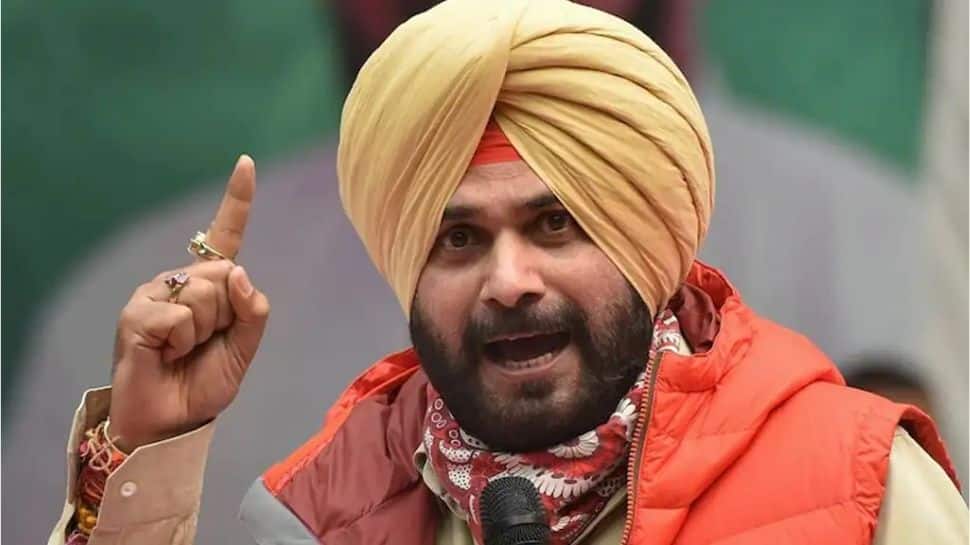 Nearly five years ago when he joined the Congress, ex-cricketer Navjot Singh Sidhu had said he is a "born Congressman" now coming back to his roots. But on Tuesday (September 28), he bowled a googly at his party by resigning as its Punjab unit chief. The maverick-triggered political developments saw one of the party's tallest leaders Amarinder Singh forced to quit as chief minister just over a week ago.

Barely days after Charanjit Singh Channi took over as the Punjab CM and on a day portfolios were given to members of the new state Cabinet, 57-year-old Sidhu's resignation came as a jolt to the party, with the Assembly elections just less than five months away.

At the time he switched over to the Congress from the BJP before the 2017 Punjab Assembly polls, Sidhu had said he is a "born Congressman", who came back to his roots. Sidhu had said he would be ready to work under anybody appointed by the high command and contest from where the party wants him to. It is premature to talk about the issue, Sidhu had then said when asked whether he would like to be the chief ministerial candidate of the party.

Four-and-a-half years later, the rift between Sidhu and party leader Amarinder Singh escalated to such a level, resulting in 79-year-old Congress veteran stepping down as chief minister, who said he felt "humiliated" over the way the party handled the protracted crisis.

Amarinder Singh, who had called Sidhu "dangerous" and "anti-national", while reacting over his resignation, again took a dig at him and said, "I told you so, he is not a stable man, not fit for the border state of Punjab." Donning many hats from cricketer, commentator, TV show host, Sidhu, who also remained a four-time MP, has always maintained that for him Punjab comes first.

Sidhu's father Bhagwant Singh was the district president of the Congress in Patiala and it was his wish to see him play cricket at the international level.
Sidhu made his debut in first class cricket in 1981-82 and later went on to earn the sobriquet of "sixer Sidhu" for his powerful stroke play.

In 2004, Sidhu began his political innings contesting the Lok Sabha elections on a BJP ticket from Amritsar, where he shifted his base from Patiala, and in his first election defeated Congress heavyweight R L Bhatia.

When he was in the BJP, Sidhu had sour relations with the Badal family despite the SAD then being an ally of the BJP. Later his ties with BJP also turned cold when the party fielded senior leader Arun Jaitley from Amritsar in the 2014 Lok Sabha polls.

Though he was accommodated in the Rajya Sabha later, he quit the party to join the Congress. Sidhu's wife Navjot Kaur, who was sitting MLA from Amritsar (East), made way for him to contest the seat in 2017. Just before his joining the Congress, Sidhu had floated a front 'Awaaz-e-Punjab' but it was soon shelved. When the Congress returned to power with an overwhelming majority in 2017, it was being speculated that Sidhu would be made the deputy chief minister, but he was made a cabinet minister.

As Sidhu and Amarinder Singh's relations never remained cordial, the latter changed his portfolio from the local bodies to Power, but the cricketer-turned-politician resigned in protest. From the time he quit his Cabinet in 2019 till early 2021, Sidhu maintained a low profile. However, once he was back in thick of things a few months ago, he not only took on the opposition but repeatedly kept on making veiled attacks on the chief minister over host of issues.

In July, Sidhu was appointed as the new president of the party's Punjab unit, notwithstanding the strong opposition from Amarinder Singh. The appointment of Sidhu and four other leaders as working presidents of the state unit came after days of internal squabbling and public bickering that divided the state unit between two factions owing allegiance to Singh and Sidhu. With his elevation as the state Congress chief, the party leadership clearly signalled to put its weight behind Sidhu while ignoring Amarinder Singh's opposition.

The support of Rahul Gandhi and Priyanka Gandhi Vadra had also helped in Sidhu clinching the post despite strong resistance. Sidhu's ability to pull crowd and launch a vigorous campaign appeared to have worked in his favour.

Sidhu can win an election even in Pakistan, Prime Minister Imran Khan had once said when the Congress leader went to that country to attend the swearing-in ceremony of Khan. Sidhu was later criticised for hugging Pakistan Army chief General Qamar Javed Bajwa at the high-profile event.

Though Sidhu earned the wrath for his visit to Pakistan, the Amritsar legislator was hailed by many for his role in the opening of the Kartarpur corridor, enabling devotees especially Sikhs to offer prayers at the historic gurdwara in the neighbouring nation. The corridor links Gurdwara Darbar Sahib in Pakistan, the final resting place of Sikhism founder Guru Nanak Dev, to Dera Baba Nanak shrine in Punjab's Gurdaspur district.

How India recovered 157 idols, artefacts from the US; more expected to come