Bhardwaj said that the CAQM has warned if the third wave of COVID-19 coincides with stubble burning pollution, then it may prove fatal. 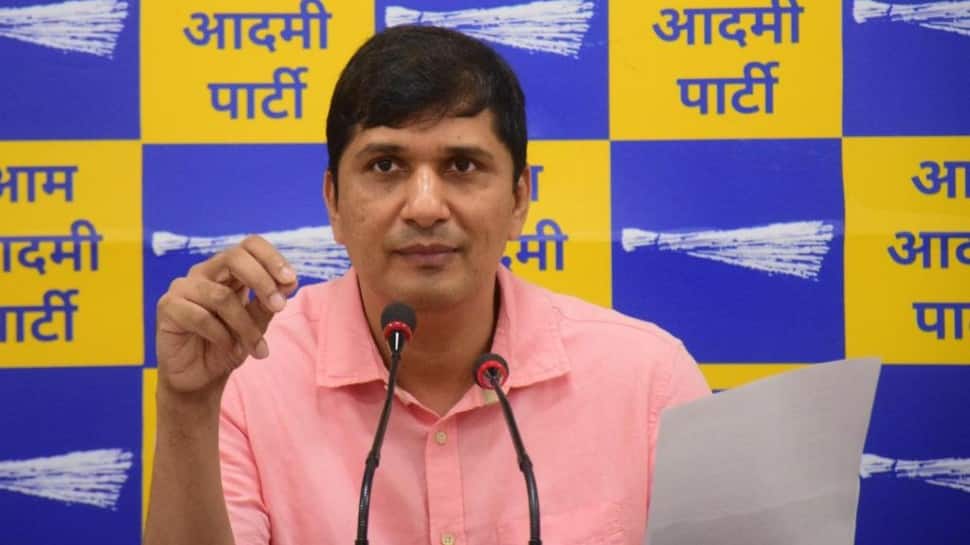 He said that the BJP ruled states of Uttar Pradesh, Haryana and Congress-ruled states of Punjab and Rajasthan have also failed to inform the commission of how they are going to subsidise and provide machinery to the farmers which would prevent stubble burning.

The Commission for Air Quality Management has rejected plans submitted by Punjab, Haryana, UP, Rajasthan for controlling stubble burning and noted its concerns about the lack of groundwork and hollow claims that rest on papers alone. Bhardwaj further informed that the CAQM has warned if the third wave of COVID-19 coincides with stubble burning pollution, then it may prove fatal.

Bhardwaj said, “As the Monsoon season withdraws from Delhi and the northern parts of India, the farmers of neighbouring states like Uttar Pradesh, Haryana, Punjab, and Rajasthan would start preparing for the next crop. They would harvest their Paddy crop and sow the Wheat crop in their farms. Around this time, pollution due to stubble burning gets rampant in Northern India. According to SAFAR, 43% of pollution in Delhi at that point of time would be because of stubble burning in the neighbouring states.”

“Since the BJP-led central government could not resolve this issue, the Supreme Court took cognisance of the raging problem and appointed a committee of retired judges. To prevent that committee from functioning, the Centre told the Supreme Court that they would form a commission. The Commission would work on the problem of pollution, with focus on stubble burning in entire northern India. CAQM - Commission for Air Quality Management was formed for the purpose. This commission had sought status from 4 states - Punjab, Haryana, Uttar Pradesh and Rajasthan regarding the steps they had taken to prevent stubble burning. What came out of this exercise was not surprising, rather painful. Punjab and Rajasthan, which are ruled by Congress and; Uttar Pradesh and Haryana, which are ruled by the BJP, have done nothing to prevent stubble burning in their states,” he added.

Bhardwaj further said, “There are many solutions available in India to prevent stubble burning. The Delhi Government demonstrated last year how we can use bio-decomposers to decompose the stubble and turn it into manure for our fields. Additionally, there are machines available in the market which can remove this stubble and process it. Both the Central Government and the CAQM asked the states to provide their plans to them on how they are going to provide these machines to the farmers and how they are going to subsidise them. None of the states have submitted their plans to the Commission, it's all on paper.”

“The Commission observed that the states have claimed that they will use the stubble to make ethanol, or for industrial and agricultural use. All this has been said without explaining how it will be implemented. The states have not explained or planned the process by which subsidies and machinery will reach the farmers, or how the bio decomposer will be produced at a mass scale or distributed,” he added.

“Previously, the court had mandated for every farmer to be given 100 rs/quintal for stubble so that it can be put to alternative use instead of being burnt. Since MSP has only been declared for paddy and not for other crops, farmers continue to grow paddy, and the quantity of stubble will remain consistent. The commission also noted that farmers in many states had been cutting and storing stubble for the district administration to pick up. They waited several months but to no avail. Since the governments made no arrangements, it forced farmers to burn the stubble. CAQM further stated that biomass plants have been made in Punjab but are not operational. No plan has been made by the states regarding the district-wise estimation, purchase, distribution and allocation of Crop Residue Machines. Nodal officers were to be employed at every village and cluster level but have not been appointed yet,” Bhardwaj said.

“Therefore, CAQM has called out the discrepancies of all the four states and has dismissed their reports. They have been instructed to present a new plan to prevent stubble burning as soon as possible,” he added.

Bhardwaj concluded by saying, “Generally, states employ one easy solution by fining farmers and filing FIRs against them if they are caught burning stubble. Both the court and the Delhi Government have repeatedly said that this practice is futile. Until they do not provide farmers with solutions and machinery like happy seeders, bio decomposer liquids, the problem will continue to cause havoc. The blame game will seem futile when stubble smoke engulfs all of North India. The states must take action today so that they can preemptively solve the problem of stubble burning.”