In a statement, Punjab Chief Minister Captain Amarinder Singh on Thursday said that the Bill is against secular values enshrined in the Constitution and asserted that his government would not allow the legislation to be implemented in his state. 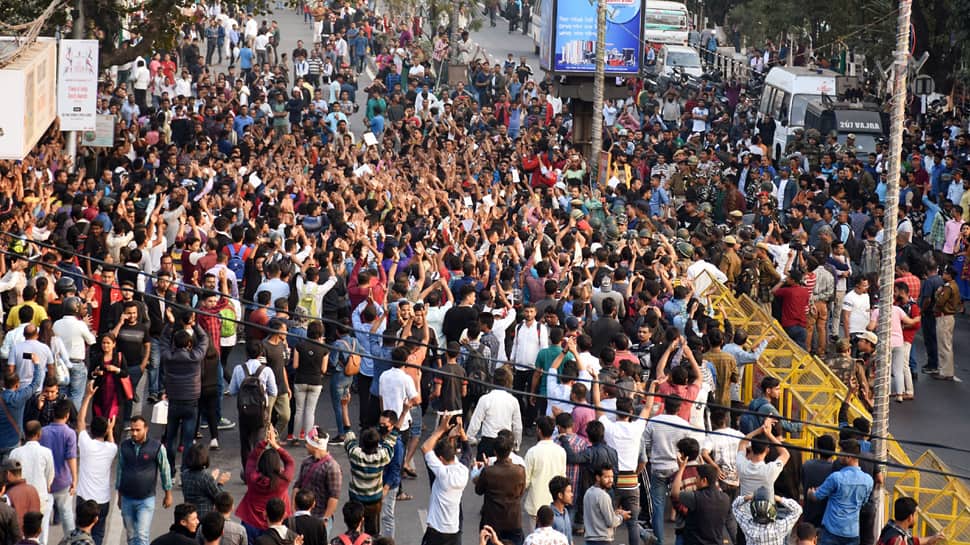 New Delhi: The chief ministers of three states -- Punjab, West Bengal and Kerala -- have opposed and vowed not to allow the implementation of the "unconstitutional" Citizenship (Amendment) Bill which has been passed by Parliament. The Bill provides for citizenship to non-Hindus of Pakistan, Afghanistan and Bangladesh who fled religious persecution and settled in India before December 31, 2014.

In a statement, Punjab Chief Minister Captain Amarinder Singh on Thursday said that the Bill is against secular values enshrined in the Constitution and asserted that his government would not allow the legislation to be implemented in his state. "Congress, which has a majority in the State Assembly, would block the unconstitutional Bill in the House. My government, on its part, would not let the legislation rip apart the secular fabric of the country, whose strength lies in its diversity," the Punjab Chief Minister said.

Addressing a press conference, Kerala Chief Minister Pinrayi Vijayan said that the CAB is against the Constitution and has been passed from Parliament to sabotage equality and secularism. "The Central government is trying to divide India into religious lines in accordance with the ideology of (Vinayak Damodar) Savarkar and (former RSS chief MS) Golwalkar. The CAB is against the Constitution. This is part of the move to sabotage equality and secularism," he told reporters in Thiruvananthapuram.

West Bengal Chief Minister Mamata Banerjee, a strong opposer of CAB and the National Register of Citizens, said the Bill could not be imposed on the people under her rule in the state. "Don`t be scared of CAB (Citizenship Amendment Bill). We are with you. As long as we are here nobody can impose anything on you," Banerjee told a gathering in Kharagpur as Home Minister Amit Shah introduced the Bill in Lok Sabha on Monday (December 9). The passage of Bill has sparked protests in large part of Northeast, affecting mobile internet services, public movement and flights in Assam. Home Miniter Amit Shah, however, has stressed that the Bill is in accordance with the provisions of the Constitution and has not been brought to target any particular community.